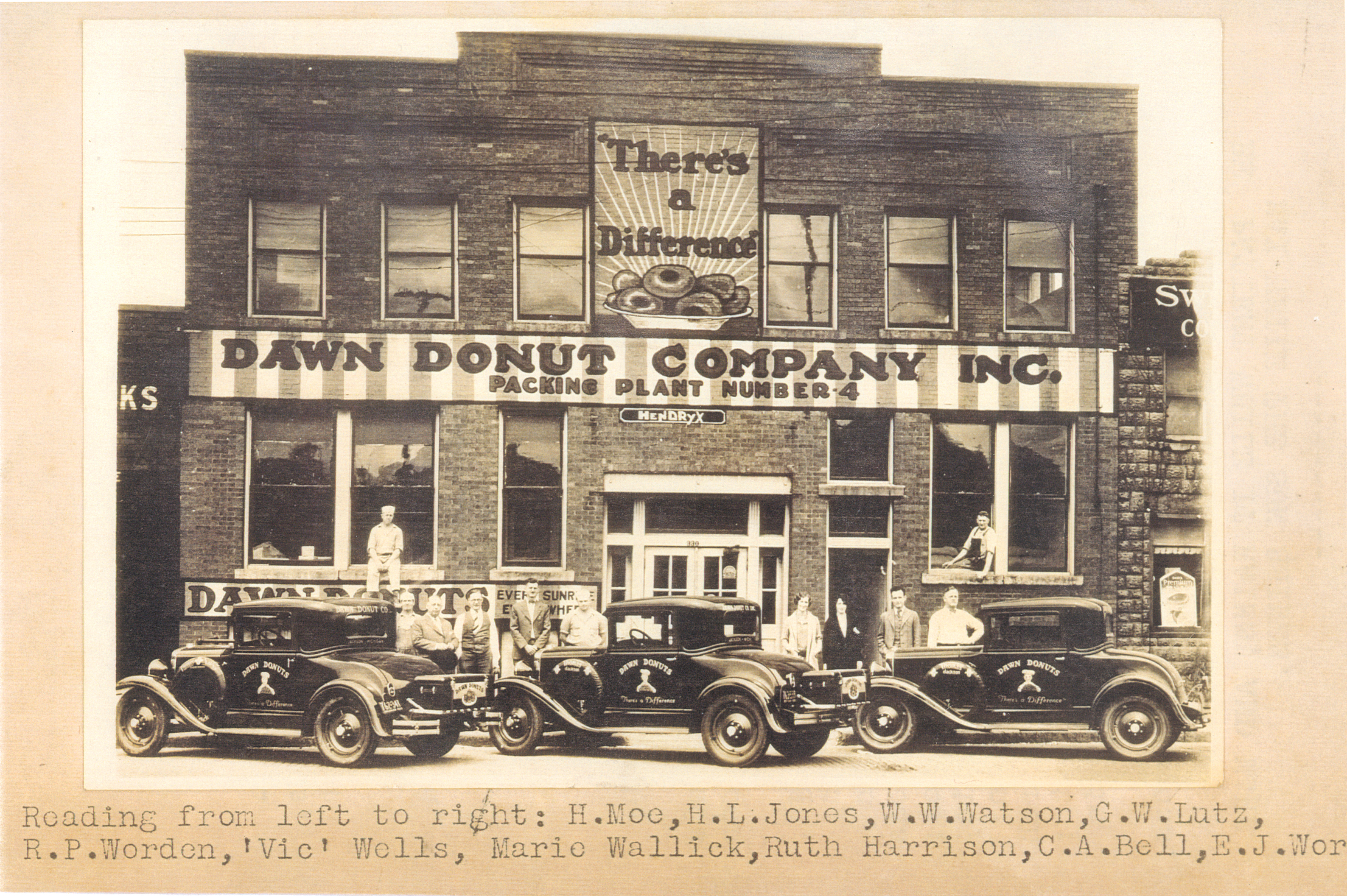 In the early 1900s, bakers Eugene Worden and Grover Lutz purchased Century Bakery in downtown Jackson. Their delicious donuts were so popular that other local bakers soon wanted in on the action.

Rather than reveal company secrets, Worden and Lutz began selling their dry donut mix to other bakers, who added fresh milk, eggs and lard to make their own donuts. The duo bought a larger building on Otsego Street (near today's One Energy Plaza), and refocused on producing the donut mix. In 1920, they formed the Dawn Donut Company, the first industrial bakery mix company in the United States.