The process of creating the sourdough donut 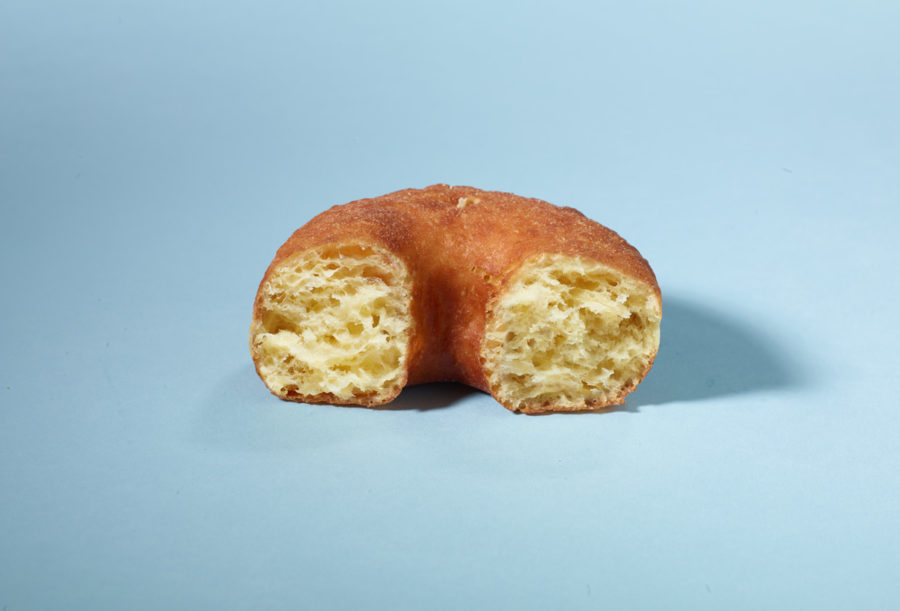 When Dawn Foods invited five executive pastry chefs to its Donut Co-Creation Competition last year, the company wasn’t just looking to find the next big flavor or topping in donuts. Dawn Foods wanted to reinvent the donut much like the cronut did in 2013. Mathew Rice, executive pastry chef of Niche Media Group in Nashville, Tennessee, achieved that with his sourdough donut, which was scaled up into a mix that launched last month.

“I understood what Dawn wanted, not a new flavor but something inherently new, specifically a new texture,” Rice says. “Dawn wanted something a donut producer can do multiple ways, a donut that could be sweet or savory.”

The original formulation developed by Rice included a sourdough starter and buttermilk that contributed not only the tangy flavor reminiscent of sourdough bread but also an open cell structure and darker fry to the outside. These bread characteristics paired well with the light and soft texture of a yeast-raised donut, hitting on another trend Dawn Foods was eager to tap into — mashups.