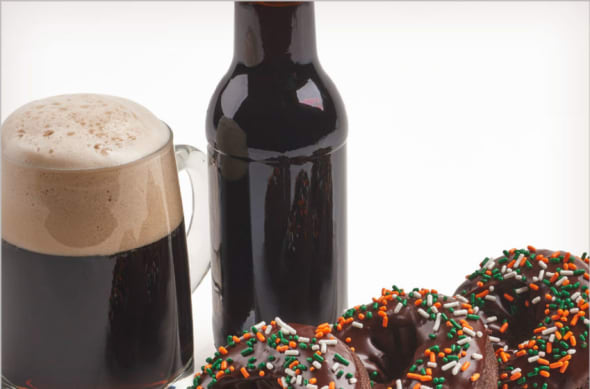 Have you joined the biggest food trend, donuts and beer pairings?

It isn’t just Homer Simpson’s food fantasy. Donuts and beer pairings are the hottest food trend. While beer can pair with almost any food, this sweet pairing could become your new brunch obsession. Are you craving donuts and beer yet?

Donuts and beer are two classic foods. While some beers have been infused with donut flavors, this idea is different. Just like pairing any food with a beer, the idea is to find flavor combinations that play off each other. Whether it is a touch of citrus with a hoppy IPA with a chocolate cake donut or an Oktoberfest beer with a cinnamon donut, the options are plentiful.

While these ideas are food and beverage pairings, that beer could even flavor those donuts. Since many people use beer in baking bread, adding that robust beer flavor to a donut mix could make for a tasty treat.

Dawn Foods, who has been making donut mixes for 100 years, has seen this trend across the nation. For example, Meckley’s Flavor Fruit Farm in Cement City, Michigan offers a donut and beer flight combo. In addition, beer is used with the Dawn’s sourdough donut mix. A sourdough stout donut is a great fall inspired bite.