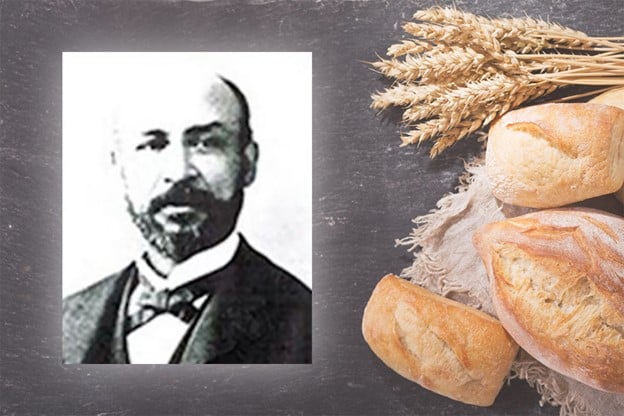 Joseph Lee was born in 1849 in Boston Massachusetts. He was the son of slaves and from childhood, his world revolved around the food industry spending most of his time in a bakery. After 11 years of service in the U.S Coast Survey, Lee opened his own business, a successful hotel and restaurant.

Drawing inspiration from his hospitality industry experience, Lee received his first patent in 1894 for his “kneading machine.” His kneading machine “aimed to automate the bread-making process by enabling the production of uniform loaves.” His invention relied on “two oppositely revolving conveyers to ensure that dough was continually thrown to the center to receive the kneading action of the pestles, or rounded crushing and grinding tools.” According to Gaius Chamberlain of the Black Inventor Online Museum, the invention was able to perform the tasks of five to six workers at a cheaper cost and at higher hygiene standards. Even today, automatic bread makers rely on a similar mechanism for the even kneading of the dough by swirling paddles.

Joseph Lee’s second patent came in 1895 for his “bread crumbling machine.” Lee’s opinion was that day-old bread could be used to prepare foods and just throwing it out was wasteful. Designed for increased efficiency, Lee sought to repurpose slightly stale bread loaves into breadcrumbs. His machine “seized” bread with its “tearing fingers” and pulled in pieces, crumbling them until the proper level of consistency was achieved.

Ultimately, Lee sold the rights to both of his inventions and by the time of his death in 1905, his devices were utilized by several of America’s leading food establishments. A true baking-equipment pioneer, Joseph Lee was inducted into the National Inventors Hall of Fame in 2019 for both his bread kneading machine and his bread-crumbling machine. His legacy lives on as there are many bread and breadcrumb makers still in use today.
Dawn celebrates pioneering African American bakers like Joseph during Black History Month this February.