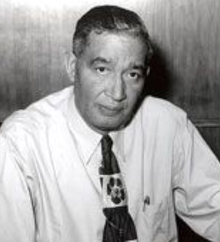 A pioneering inventor, Frederick McKinley Jones is best known for portable refrigeration devices. Although he did not attend high school, he was self-educated and had a knack for both machines and mechanical devices. He served in World War I where he often repaired an array of equipment and taught himself electronics.

Jones’ trailblazing invention made a global impact as it allowed for international trade while also creating a world-wide food market. At the time of his death in 1961, he held more than 60 patents, was elected to the American Society of Refrigeration Engineers, and he was the first African American to earn a National Medal of Technology.

Dawn Foods and the baking industry benefit daily from Jones’ invention. From inbound loads of refrigerated ingredients such as butter and eggs to manufacture products, to customer shipments of temperature-controlled items such as buttercreams, icings and fondants, we can sustain our supply chain and deliver quality service and products to our customers because of his refrigeration innovations.