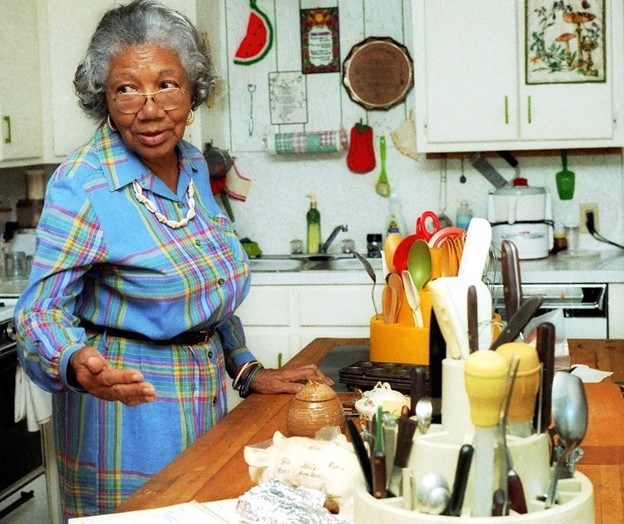 A caterer and an author of the cookbook, ''Cleora`s Kitchens: The Memoir of a Cook and Eight Decades of Great American Food,” Cleora Butler is a Texas native who established roots in Oklahoma where she cooked for the elite. She is best known for her timeless recipes that are still utilized by several of Oklahoma’s best cooks and her baked fudge recipe that is simple, yet legendary.

Before becoming a distinguished caterer, Butler gained her knowledge of the cooking trade through experience in the kitchen with her mother, Martha. Not every recipe was a success, and Butler had a “dough patch” located in the garden where she would bury failed trials. In 1923, Butler – then in her 20s - moved to Oklahoma where she took her first job, cooking for a family in Tulsa.

After her move, Butler spent the next couple decades catering, free-lancing and cooking for families before marrying her husband in 1940. After getting married, Butler worked intermittently as her husband needed more of her time. It wasn’t until the mid-1940s that she accepted another role cooking for a family. She held this position until the early 1950s when her father-in-law became ill and she served as his caretaker.

Though Butler spent most of her life, building her reputation as one of Tulsa’s most renowned cooks, in 1961 she decided to start her own business and open “Cleora’s Pastry Shop and Catering.” Through her storefront, Cleora was able to display and sell her specialties such as donuts and sourdough French bread. Unfortunately, only five years after its opening, Butler had to close her shop when her husband became ill.

After losing her husband in 1970, Butler began catering again until the mid-1980s. It was December of 1984 that Cleora served her last catered meal.  Though she was no longer catering, Butler shifted her focus to compiling hers and her friends’ recipes and food memoirs for a cookbook.

In 1985, shortly after completing her cookbook, Butler passed away. One year after her death, her book was published. Her work was representative of the African American experience in the south and was arranged according to the decades to illustrate the different styles of eating and food preparation throughout the years. Through her timeless recipes such as beef and noodle casserole from the 1930s and Noodles Romanoff from the 1970s, Butler showed cooking as an art form while also inspiring future generations in the cooking trade.

6 Unsung Black Culinary Heroes Of The Past | HuffPost Life