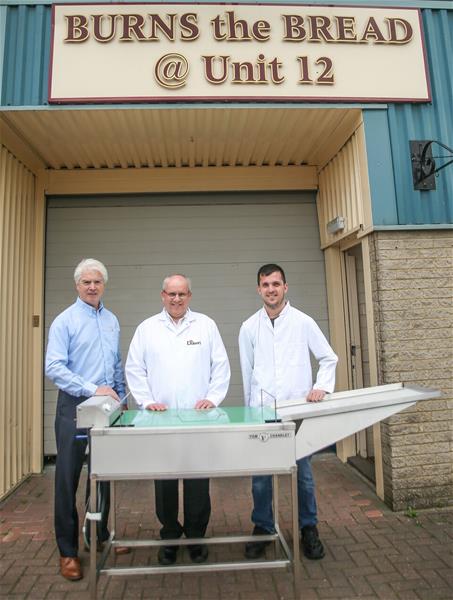 David Lovett, Operations Manager at Somerset-based Burns the Bread, was the lucky winner of a Tom Chandley Rotary Donut Fryer, worth more than £4,000 in Dawn Foods’ 100s and 1000s campaign. Sandro Guzzardi of Wenzel’s the bakers in Watford won the second prize of £500 worth of bakery storage bins courtesy of Cambro.

From March-August 2017, Dawn Foods’ 100s and 1000s campaign offered hundreds of instant win prizes via pack codes across some of its top product lines such as Golden Genoese Cake Base, Creme Cake Base, Supersponge Cake Mix and Extra Moist Muffin Base Plain and Chocolate. The promotion gave participating bakers the chance to win a mixture of ‘instant win’ bakery essentials such as aprons, timers, scoops and scales and higher value monthly draw prizes including iPads, Samsung TVs and Nikon Cameras.
The final draw was to win the ‘star’ prizes of the Tom Chandley Rotary Donut Fryer and Cambro bakery equipment.

Established in 1983, Burns the Bread has steadily expanded into a successful family business with three generations of the Burns family at the helm. Burns has seven shops throughout Somerset as well as a School of Baking. Wenzels’ bakery was set up in 1975 and now has shops spanning through the North-West London area and they continue to grow.

Photo: Receiving his prize from Martin Dayson of Tom Chandley (left), and Richard Thomas from Dawn Foods (right) is Max Stoddart from Burns the Bread (middle).

Sign up for fresh ideas, new recipes and business tips, delivered straight to your inbox.
Thank you. You have successfully subscribed to our newsletter
© 2020 Dawn Food Products, Inc.
GEBRUIKSVOORWAARDEN PRIVACY VERKLARING OVERZICHT
Our Insights to Your Inbox
Stay Informed
Access our industry research, consumer trends, and business tips, without leaving your inbox