Consumers increasingly want sweet treats outside of standard bakery hours, and eateries across the country are capitalizing on the opportunity by staying open late.

At La Panaderia bakery in San Antonio, pastries and coffee are the stars of breakfast. But it’s the after-dinner crowd that brings in the big money. These customers are willing to spend more money, and they’re looking for standout after-dinner treats like fancy chocolate mousse or cake, rather than simpler, less expensive pastries, co-owner Jose Caceres says.

“They want an experience,” he notes. “They are looking for a real dessert, a special creation.”

The late-night sales opportunity experienced at La Panaderia and other bakeries across North America can be attributed to a couple of factors. “It’s driven largely by more overarching snacking trends,” says Kelly Weikel, director of consumer insights at Technomic. “It also relates to consumers looking at foodservice as a place to relax and socialize, which is starting to be seen across channels. That’s even in segments like bakery, which haven’t traditionally been a place for that, particularly in the evening or later.”

Younger consumers are leading this trend, with 20 percent of 18- to 34-year-olds choosing to eat dessert at a different eatery from where they ate dinner, compared with 11 percent of those over 35, according to Technomic.

La Panaderia’s late-night customers often come in groups or on dates, and they tend to splurge, Caceres says. To satisfy their appetites for more premium desserts, at night, he swaps out his menu of morning favorites—pastries and breakfast breads—with more expensive offerings like chocolate cake and flan. He also offers alcohol in the evening hours to help boost the total check per customer, though he says that even without the liquor, late-night guests spend more than daytime visitors.

While younger diners may be leading the demand for late-night dessert experiences, that doesn’t mean bakers should focus solely on this consumer group. Older Americans like to snack just as much as younger generations. A 2016 survey by UK-based market research firm GlobalData found 37 percent of Americans snack between dinner and bedtime. And late-night snacking is more common among older adults: Forty-nine percent of 55- to 64-year-olds snack late, compared with 22 percent of 25- to 45-year-olds, according to Tom Vierhile, director for GlobalData.

Whether evening snackers prioritize a memorable experience or a delicious treat, most want fresh food and quality service, so they’ll likely visit a bakery rather than a vending machine or convenience store.

As for the specific late-night sweets consumers crave, 40 percent like to eat something frozen and 21 percent go for cake, according to Datassential. Other popular evening snacks are cookies, cheesecake and pie. “Lighter, hand-held pastries are most preferred for breakfast, but heavier foods are more preferred later in the day,” Weikel says. 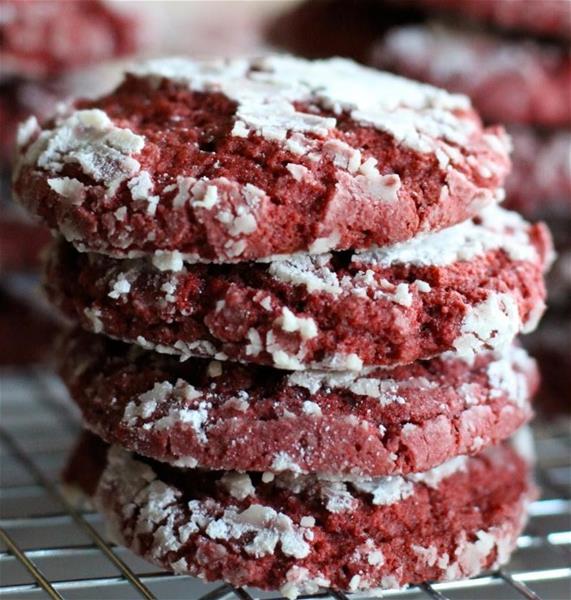 Tracy Watkins, the manager of Cosmic Cookie Bakery in Charlotte, North Carolina, has seen firsthand how bakery cravings shift toward more indulgent at night. The bakery initially kept its doors open late because bakers were already in there working. “We have so many items on our menu, so it takes a long time to get everything done,” Watkins says. The decision indirectly paid off: The bakery is now open until midnight six nights a week, and the majority of its customers come in during the final few hours before closing. These night owls tend to be less concerned about their calorie intake and often order more items than the daytime crowd, Watkins says.

Cosmic Cookie Bakery, which focuses on desserts like cookies, brownies, cakes and cupcakes, doesn’t change its menu at night, but bakeries that offer a larger range of goods can test a handful of heavier or premium options at a time and tweak their menus based on sales.

In addition to offering a memorable atmosphere and the right mix of indulgent treats, bakeries that are considering extending their hours to evenings should pay attention to their surroundings. Neighborhood environments and the bakery’s dynamic with other businesses can determine what will resonate most with consumers.

For instance, Alex Black realized the University of Florida college crowd of Gainesville, Florida, would be prime for a late-night dessert spot—a place where students could stop in on their way to or from parties or dates. “The college crowd is the target mark,” Black says. “I used to go out […] downtown, and we were thinking about doing a late-night food stand, and I had the idea of doing something sweet like fried desserts.” So in 2016, he launched Dank Cakes, a funnel cake eatery open from 9 p.m. to 2 a.m. It’s a hit with college students in a neighborhood where few other eateries offer novelty late-night sweets. Funnel cakes are roughly $6 each, and customers can add toppings like refried Oreos and ice cream for an additional cost. “It’s been very successful,” Black says.