Special occasions like the summer holidays or Mother’s Day naturally draw customers to bakeries. But when it comes to bringing consumers into the store during less busy times, bakeries can experience a substantial boost from offering special items for a limited time frame.

In fact, limited-time offers (LTOs) typically elevate immediate sales 10 percent, according to Bake. And they appeal to many consumers: Technomic data shows 48 percent have tried an LTO within the past month.

LTOs create a sense of urgency, says Bernadette Shanahan-Haas, director of operations for the Retail Bakers of America. “People don’t want to miss out on what everyone else is doing. They think, ‘I’ve got to get in there and try it now, or it’ll be gone.’”

Heather Grabin, co-owner and publicist at cookie cake bakery FattyCakesNY in Fort Lauderdale, Florida, agrees. “People like having something you can’t get year-round,” she says. “They’re constantly looking to have that Instagrammable content.”

While LTO inspiration can come from anywhere, many bakeries capitalize on seasonal flavors, like summer fruits or fall spices. To differentiate themselves from other eateries using seasonal flavors, bakeries can experiment with twists on traditions: items like strawberry cinnamon rolls in addition to strawberry shortcake, or pumpkin truffles in addition to pumpkin pie. 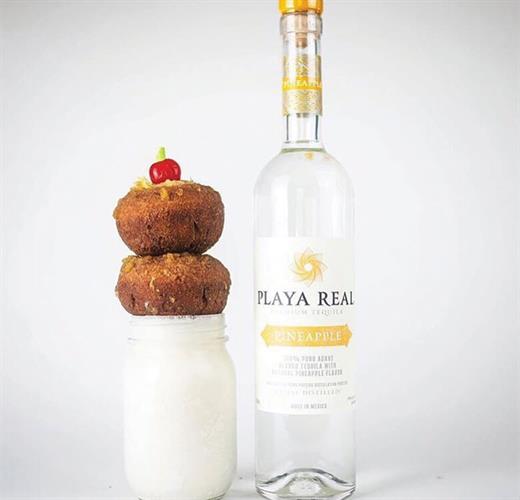 The one-week LTO spiked sales and brand exposure, according to owner Ryan Brown. And much of that is thanks to social media: By teasing the details of the collaboration on its Facebook and Instagram pages and tagging Playa Real in posts, Bougie’s was able to reach both brands’ followers and build anticipation ahead of the product launch.

“Leveraging the network of another brand can be huge,” he says, “especially if your products don’t run in the same circles, but you can find synergies and commonalities.”

Social media is an easy choice for spreading the word about LTOs, because it offers the ability to share eye-catching visuals and pepper posts with keywords and hashtags that resonate with particular audiences.

In addition to drumming up excitement days ahead of the LTO launch, social can give bakeries an estimate of their production needs because they can track likes and shares of LTO content, as well as encourage preorders.

Sugar Shack Donuts, which has 11 locations in Virginia and Washington, D.C., has offered a Harry Potter-themed donut—topped with butterbeer glaze, gold sprinkles and white chocolate wings, and featuring a Golden Snitch in the donut hole—multiple times since 2017, including July 31, in honor of the character’s birthday. 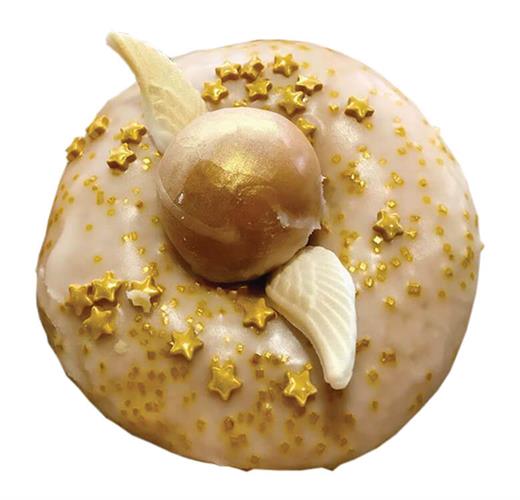 The first installment of the LTO proved a success. The product was so popular that to ensure a large number of consumers could try the donut, the bakery implemented a policy allowing only two donuts per in-store purchase, according to Sugar Shack General Manager Hailey Harris. This, however, prompted complaints from parents with three or more children.

Now, Sugar Shack gets ahead of the demand by posting about the Snitch donuts’ impending arrival on Facebook and Instagram at least a week in advance.

“We tell people: ‘Make sure you preorder because we might not have estimated enough.’ But if we know we have 1,000 ordered for that day, we know we need to have supplies for those, and for extras to go in the case,” Harris says. “That way, people can get orders in so they’re not disappointed if we don’t have it when they come in.”

In addition to ingredient considerations, it’s critical to proactively map out all the labor required to effectively run an LTO.

When musician Chance The Rapper pledged to donate $1 million to Chicago Public Schools in spring 2017, Alliance Bakery celebrated his philanthropy with iced Chance-themed cookies featuring the rapper’s iconic baseball hat and his silhouette reflected over the Chicago skyline. Sales, which included a $1-per-cookie donation to a nonprofit Chance created, escalated faster than owner and Executive Pastry Chef Peter Rios had expected. 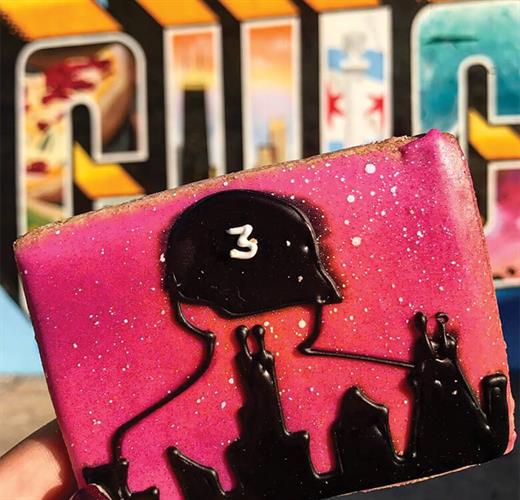 To ensure the bakery could continue to meet product demand, Rios had to re-evaluate his approach to staffing.

“I only had one cookie decorator; the others were working on cakes,” Rios says. “I ended up having to pull two other decorators, plus another who used to help out with cookies, on board to meet demand.”

Bakeries may find their LTOs are so popular that they deserve a permanent spot on the menu. That was the case for FattyCakesNY, which launched a special LTO for 2017’s National Donut Day (the first Friday in June).

While the bakery specializes in cookie cakes, it decided to test a donut-centric creation. Using premade donuts from a store, the bakery created a donut cake made with bourbon-infused bacon, maple buttercream and cookie butter caramel sauce. 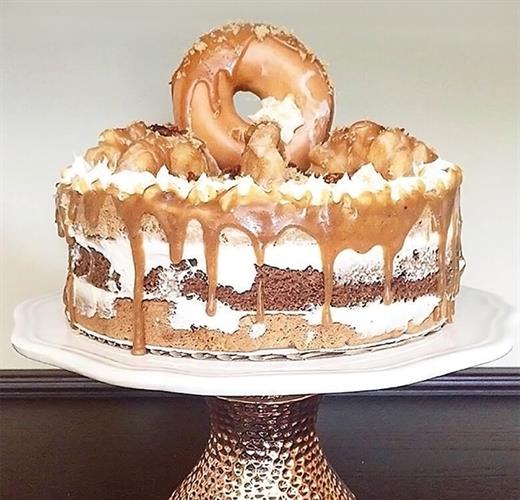 The donut cake FattyCakesNY in Fort Lauderdale, Florida, created as an LTO grew so popular, it got added to the regular menu.

Once the LTO was over, the bakery pulled the cake from its menu—but customers kept requesting it. To meet those requests, FattyCakesNY had to purchase the donuts on a one-off basis, which wasn’t cost-effective. But the bakery also realized that customers were willing to pay more for this item than for a standard cake because it involved specialization, according to Grabin. So, her team decided to make the donut cake a permanent offering.

“We said, ‘It did really well and had a great response—let’s just keep the item on the menu,’” Grabin says. “Now we always have fresh donuts in the kitchen, instead of having to make a special trip for a one-off. On the production end, it just made more sense.”

With a little inspiration and a lot of planning for labor and promotion, bakeries can generate buzz and business with LTOs.

Where to find ideas for an exciting new special:

Use a search engine to look up days that relate to your offerings—or could easily play off your offerings—like National Jelly-Filled Donut Day (June 8) or National Chocolate Milkshake Day (Sept. 12). And more well-known holidays can be just as lucrative: FattyCakesNY in Fort Lauderdale, Florida, tries to keep a spot open in its lineup for holiday-themed items, such as a St. Patrick’s Day stout caramel whiskey buttercream cookie cake.

Trending events can inspire LTOs. Federal Donuts in Philadelphia created donuts imbued with singer Prince’s iconic shade of purple for what would have been his 60th birthday. Other sources of LTO dessert inspiration include televised events like the Oscars or the premiere of a popular show’s new season.

Home for the Holidays