Convenience and Customization in the Bakery Department: A Balancing Act

Shoppers demand convenience in grocery stores, yet they also want to be able to customize bakery purchases to their individual tastes.

For many in-store bakeries, those desires can present the ultimate paradox—and a lot of work. However, providing convenience and customization doesn’t have to mean doubling the department’s shelf space and marketing products separately, such as offering both grab-and-go muffins and top-your-own cupcakes. It’s about finding a balance.

“The retailer who figures out how to not see [convenience and customization] as contradictory but complementary […] will succeed better," says David Fikes, vice president at the Food Marketing Institute.

Here are some ways in-store bakeries can hit the balance.

Baked goods like muffins and brownies that are prepackaged and ready to take home have long been key to making shopping more convenient. But now, bakeries are getting more creative to make these convenient desserts more easily customizable for the evolving shopper, says Sarah Schmansky, director at Nielsen Fresh.

It can be as simple as offering a greater variety of quantities—two-packs of prepackaged muffins alongside the four- and six-packs—so shoppers can tailor portions to their household needs, Schmansky notes.

Some bakeries, like those in Illinois-based Mariano’s, extend that tailored-to-you approach to fresh bread, letting customers decide how much they’d like sliced and packaged on the spot.

Keep the Whole Meal in Mind

One area of the grocery store where customers’ desire for convenient shopping is manifesting strongly is the deli, the bakery’s sister department. Fikes attributes the success of prepared foods to a shift from a cooking culture to an eating culture.

“It used to be when we said, ‘I want this conveniently,’ it meant ‘I want to be able to prepare it conveniently.’ But now, convenience means not only is it easy to cook, it’s easy to serve, and it’s ready to go,” he says.

Deli-prepared foods are a roughly $15 billion industry that’s grown more than 30 percent over the last six years, according to Schmansky. That’s good news for the bakery, as both departments are typically adjacent to each other and their products often go hand in hand, she says.

Upping convenience can be as simple as displaying pre-sliced packaged bread and rolls near the deli counter to make sandwich assembly a breeze. Meanwhile, customization can be as straightforward as displaying multiple varieties of these bakery offerings. 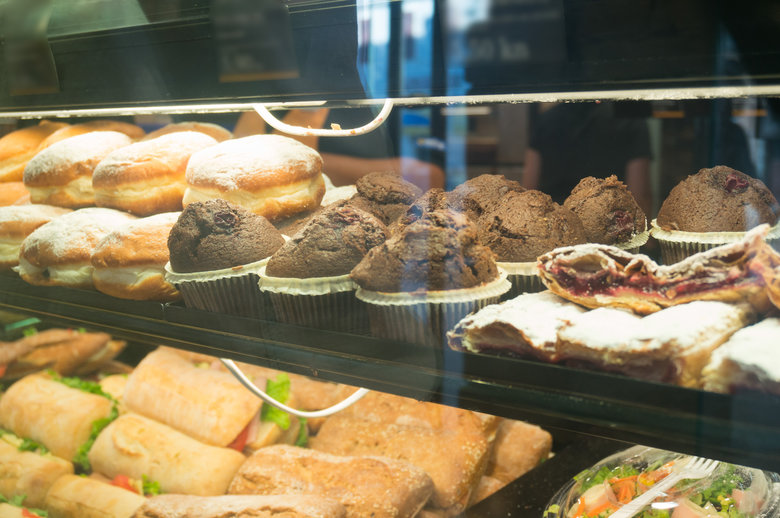 At Connecticut-based Geissler’s Supermarket, the bakery positions snacks and small desserts next to the prepared sandwiches and salad bar.

A Nielsen survey found 86 percent of consumers who bought meal kits, whether in stores or via a delivery subscription, said they’d add a dessert if it were an option.

Another way bakery managers can collaborate with the deli is to enter the surging meal kit market. Research firm Packaged Factsestimates U.S. meal kit delivery revenue topped $1.5 billion in 2016. This trend is noteworthy not only for grocery stores overall but the bakery department specifically, too. A Nielsen survey found 86 percent of consumers who bought meal kits, whether in stores or via a delivery subscription, said they’d add a dessert if it were an option, according to Schmansky.

This is a huge opportunity for in-store bakeries to meet customer demand for convenience and customization. Croissants as the star of a breakfast kit? Fudge-iced brownies to end the meal? It starts with identifying the department’s top sellers, and then incorporating them into meal kits in impactful ways, Fikes says. In addition, offering multiple meal kit options and letting customers choose which sweet or bread is included in their kit are easy ways to differentiate from and top most mail-order kits.

The ubiquity of digital and mobile technology has evolved consumers’ notions of convenience. “They want to get the answer on their terms and on their time,” Fikes says.

While bakery department managers may not have control over the information shoppers access online, they can ensure product details are clearly conveyed in signage and promotional materials. They can also make sure department employees are well versed in the department’s offerings to immediately answer shoppers’ questions.

“It’s all about making sure your messaging is on point, making sure your customer knows you have convenient offerings and that you can customize for them,” says Schmansky. “A typical bakery shopper may only know that you can write a name on a birthday cake. But what else can you message to the shopper about picking out different flavors of cupcakes and mixing and matching cookie varieties?”

The more managers can market customization in a way that’s convenient for the shopper, the more likely that shopper is to regularly return to the bakery.

How to Reopen Safely – And Smartly

Sign up for fresh ideas, new recipes and business tips, delivered straight to your inbox.
Thank you. You have successfully subscribed to our newsletter
© 2020 Dawn Food Products, Inc.
Tools Online Ordering Terms of Use Privacy Notice Site Map