In the weeks leading up to Día de los Muertos’ Oct. 31 start, traditional holiday treats can help spur sales at panaderías, pastelerías and other bakeries that serve Hispanic communities.

Items such as sugar skulls and the sweet pan de muerto bread that families share or place in displays to commemorate lost loved ones often outsell other fall sweets at these businesses, according to Adrian Martinez, Dawn Foodstechnical sales representative, whose family ran several bakeries for almost 20 years.

“It’s a big holiday where, in the Hispanic culture, a lot of people cook meals, have gatherings, go to the cemetery and create altars to celebrate the dead,” Martinez says. “Everyone else is doing Halloween; Hispanic bakeries focus more on Día de los Muertos. Some make thousands of the bread to prepare”.

Pan de muerto, which typically features an orange essence and two intercrossed dough lines that represent bones, varies in size, color, shape and texture throughout different regions in Mexico, according to Manuel Tellez, owner of Maroches Bakery in Dallas. 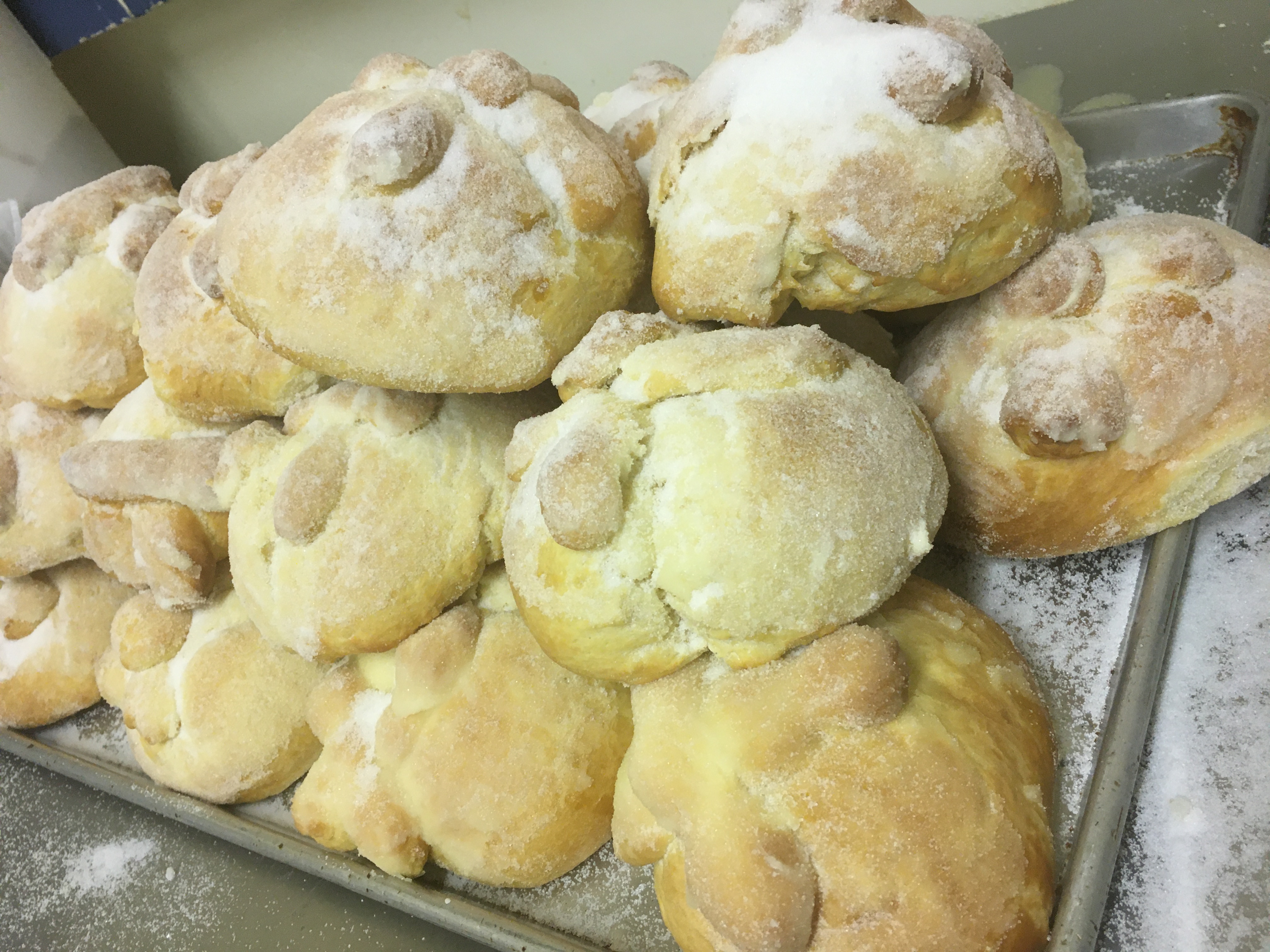 Maroches’ pan de muerto—based on the type customarily served in Mexico City, where Tellez was born—is round and roughly 3 inches larger than a frisbee, he says, with a relatively soft interior and a white or colored sugar topping that’s applied using melted butter.

“Oaxaca has its own pan de muerto,” Tellez says. “Go to Veracruz, it’s not round. It’s as long as a baguette—3 feet—but fat, and the texture is hard. They use honey instead of butter to cover the bread and then decorate it.”

While some of these regional variations can be found throughout the U.S., bakeries have also gotten creative with more modern, custom or trendy-driven spins on pan de muerto. Panifico Bake Shop in San Antonio, Texas, for example, has fashioned customers’ pets, basketball players and other figurines out of the bread’s dough. 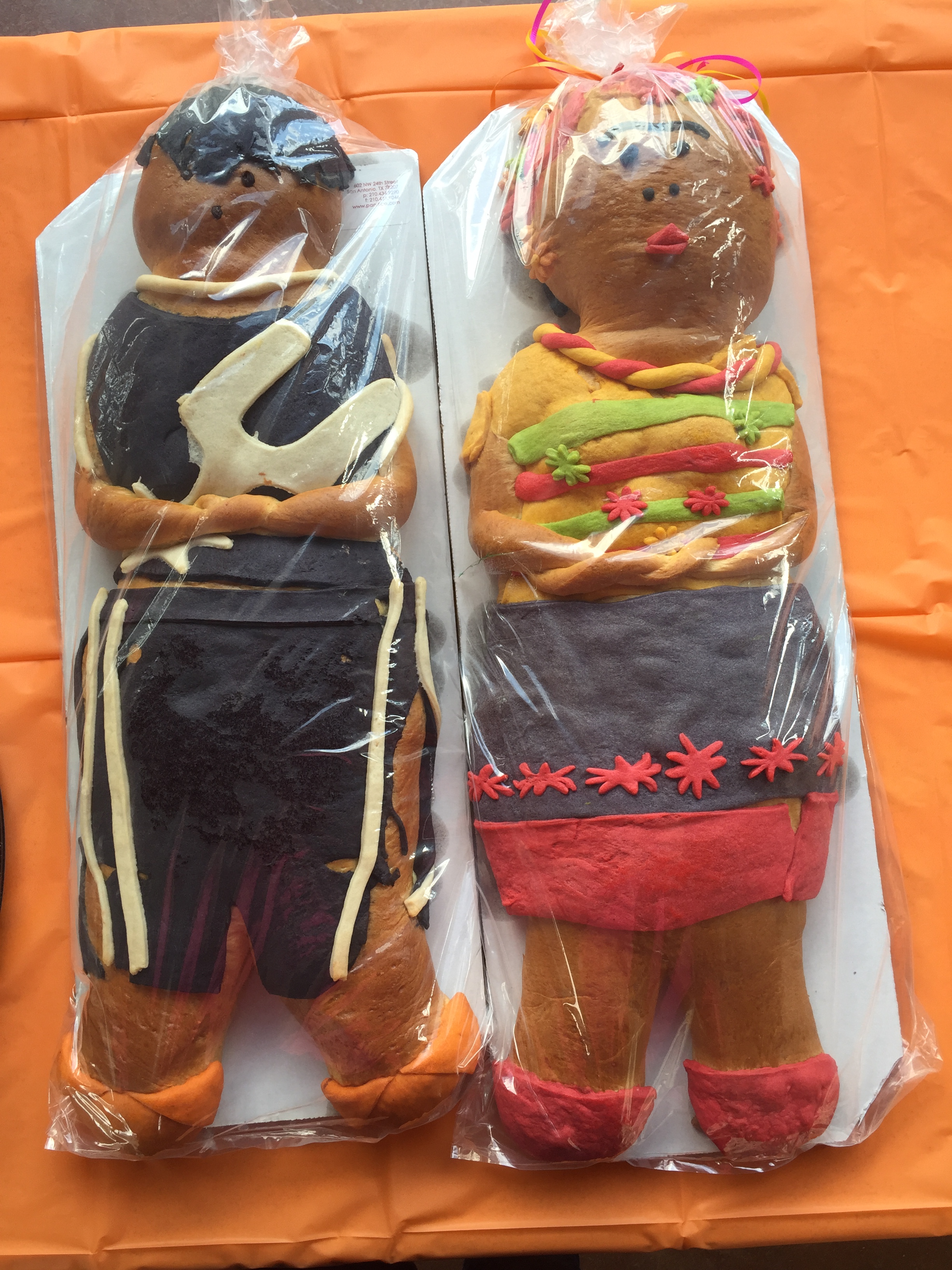 Día de los Muertos has been one of’s busiest holidays since Edna Miggins and her husband, John, began running the business in 2005—and she says their pan de muerto garnered more attention in recent years among both customers who celebrate Día de los Muertos and a broad range of consumers.

“We have a lot more customers asking about the bread,” Miggins says. “Social media has really helped increase awareness; ‘Coco’ (the Disney/Pixar animated movie) helped create some interest and make the holiday something everybody could relate to. We’re not celebrating gore, ghosts and the dark aspects of death; we’re celebrating the life that this person lived, the love we have for this person and the traditions we shared.”

To meet customers’ evolving preferences in recent years, Panifico has introduced versions of its pan de muerto with fillings like cream cheese and Nutella.

“It takes a long time,” he says. “You have to measure the flour, sugar, butter, add the right ingredients; mix it; wait; and leave the dough to rest for an hour before you start cutting it and making the shape of the bread.”

An effective way to minimize the time, labor and other resources required to make pan de muerto—along with other holiday offerings bakeries need to produce in large quantities—is relying on high-quality, versatile bakery mixes. Mixes can ensure consistent flavor and texture in every batch and minimize concerns about storage, costs and precision portioning for scratch ingredients.

When Pasteleria La Roca in Cockrell Hill, Texas, offered pan de muerto for the first time last year, “we used a recipe similar to our top-selling bread; it’s moist and has a good texture,” says owner Juan Enriquez. A key ingredient in that recipe is Dawn Foods’ Bizcocho mix.

“The mix makes the flavor better and production is a little bit quicker, too. We’ve noticed it gives the bread more life; it lasts a little longer and gives it better taste and overall quality,” Enriquez says.

Enzymes in the Dawn mix help extend bread’s shelf life three days longer than a scratch formula, according to Martinez. In addition, bakery mixes are versatile and can be used in numerous panadería recipes. 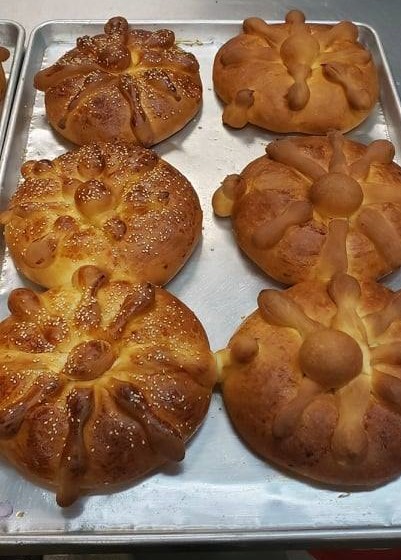 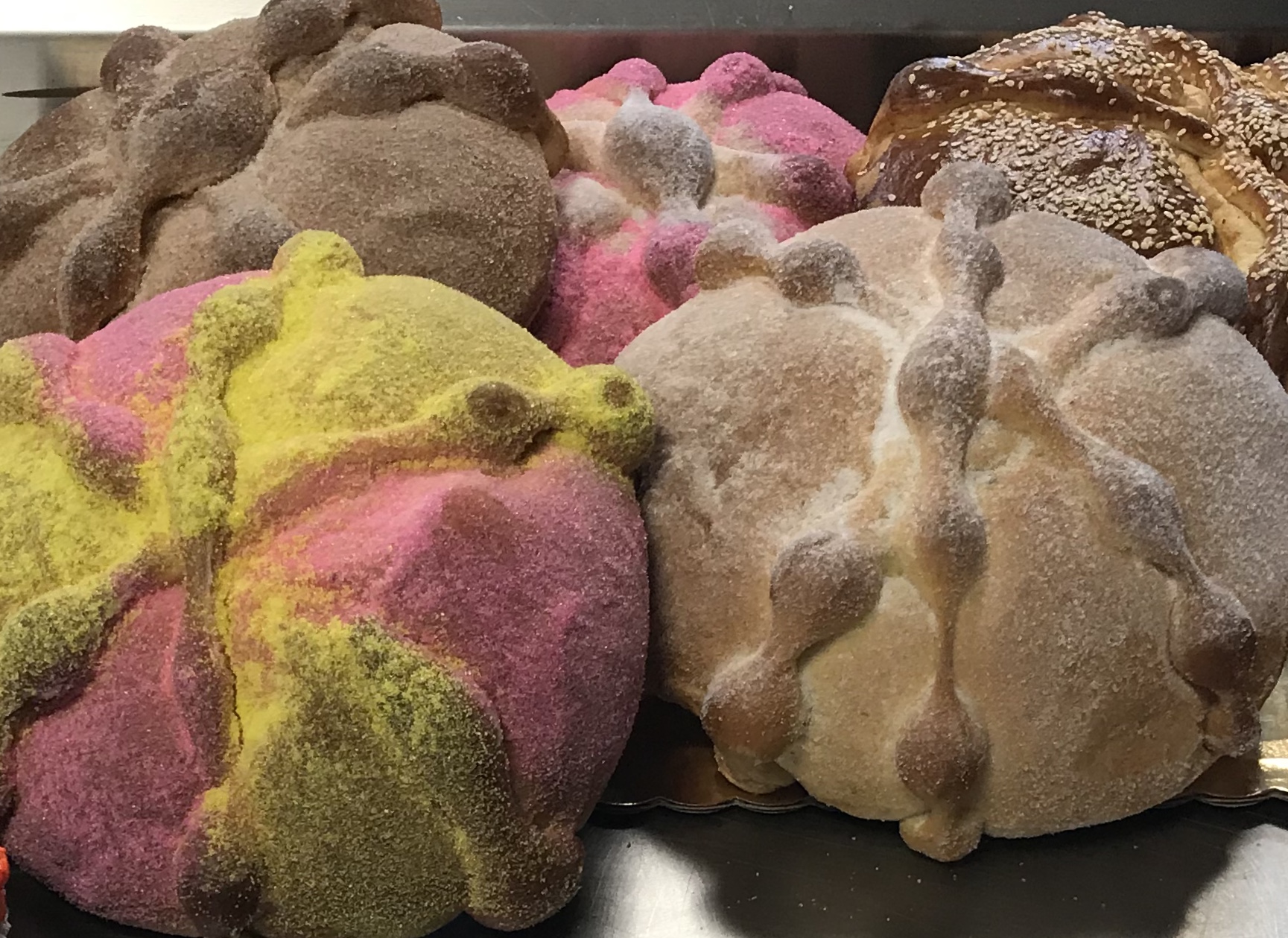 “A lot of pastry in Hispanic bakeries—70%—comes from sweet dough,” Martinez says.“There are so many different things you can make with the mixes we have. You can add whatever ingredients—butter, orange, nutmeg, cinnamon; change whatever you’d like—people have made cookies with it, donuts, Danish bread.”

Last year, Pasteleria La Roca promoted its pan de muerto via social media, a poster in the bakery and in-store samples handed out weeks before the holiday, which helped spur solid sales, Enriquez says. In fact, demand was actually stronger than heinitially anticipated.

Having a variety of baked goods on hand in late October and early November may help bolster impulse purchases on top of holiday sales. While items like pan de muerto and cakes decorated with joyful calacas, or skeletons, can help bring people through the door, customers might also purchase additional unexpected treats.

“Traditionally, November 1 and 2 are when loved ones come back and share a meal with you; the bread is an intrinsic part of that,” Miggins says. “But now it’s kind of evolving. People start expecting a variation on what you do—and also want something close to their favorite flavors or dessert. When we think of celebrations, we think of cakes and cupcakes—something sweet we share with loved ones and friends.”

Similarly, at one of the bakeries Martinez’s family owned, he says it was common for customers to pick up a pound of bread, along with other items, per visit during Día de los Muertos.

“We would prepare a lot of tres leches cakes and decorate [them] with colors that commemorate Día de los Muertos— pink, blue, yellow,” he says. “We had big sales then because everybody stopped in to buy pan de muerto. Most customers bought it every day—orange bread one day, cinnamon the next; and whatever else we had. All kinds of goodies fly off the counter because of the celebration.”

From pumpkin flan to pan de maiz con elote, get inspired to make a variety of Hispanic-Inspired dessert efficiently with versatile baking mixes.