Small is trending in a big way.

Bakers are turning desserts ranging from apple pie to chocolate mousse cake into bite-size portions, and customers are smitten with their novelty. Mini desserts often pack intense, rich flavor, and their unique size and presentation lend them perfectly to social media stardom, which can boost a bakery’s brand exposure, traffic and sales.

But the trend is about more than Instagram worthiness. Minis tap a growing consumer need: small luxuries that offer respite from the pressures of everyday life. People are busier than ever before; nonstop connectivity to work, family commitments and extracurriculars often leave them in need of “me time”—a few minutes to unwind with a special, permissible treat. In particular, they’re seeking to reward themselves with premium ingredients, sophisticated flavors and unique presentations—all of which mini desserts can provide.

But before simply taking already-popular products and making them smaller, bakeries need to better understand the appeal of luxurious minis to market them effectively. They also need to identify which flavors and textures work best for smaller formats and crack their profitability formula. 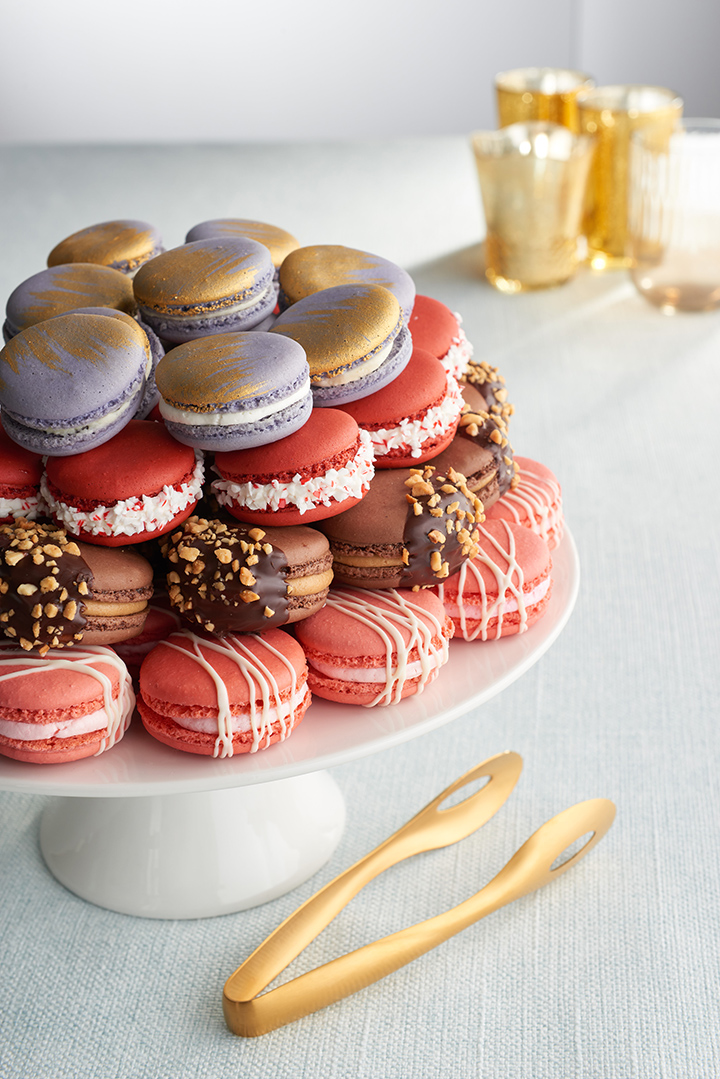 Small dessert portions allow for “a measured, guilt-free indulgence,” says Michael Laiskonis, creative director at the Institute of Culinary Education in New York.
And offering variety can boost luxurious minis’ appeal. Bret Yonke, manager of consumer insights at research firm Technomic, recommends offering mini desserts in a mix-and-match style: “You’re sharing them, trying a bunch of them, so you don’t have the fear of missing out,” Yonke says.

In addition, giving people control over their dessert selection adds a level of customization, which today’s consumers increasingly expect and which can amplify the customer experience.

“Serving smaller portions in flights  and assortments builds a sense of excitement and anticipation, as well as keeping the palate engaged,” Laiskonis says.

He also notes that minis’ portability allows them to be enjoyed at essentially any time of day, and they make for a visually appealing dessert spread at special events like weddings.

Baking smaller desserts is more complex than simply taking the recipe for a cake, pastry or other full-size product and shrinking the portions, according to Anne Haerle, who specializes in concept development and culinary at Synergy Restaurant Consultants.

“If you’re making an apple hand pie in a mini two-bite version, think through how big you’re chopping the apple, the ratio between the filling and the dough,” she says. “These still take a good amount of labor, even if they’re small.”

When choosing which existing offerings to downsize, a good place to start is with items that would only require ingredient ratios and bake times to be adjusted for smaller sizes, such as cookies, cream puffs and individual cream tarts.

To save time when developing new  recipes, Haerle recommends what she calls speed-scratching. By purchasing premade mini tart shells or chocolate containers that can be finished with fresh fillings, bakeries can save on labor and more easily determine mini ratios.

Multifunctional silicone molds are also helpful for inspiring creativity and driving efficiency, Laiskonis says. “In the past, small portions often appeared cut from a larger whole, but modern molds allow for a small size with a more personal or individual feel,” he notes.

Leftover ingredients and products are another cost-effective source of minis inspiration. Nicole Guini, pastry chef at Chicago’s Blackbird, incorporates leftover trim from other desserts or repurposes scraps when making some smaller items. “The ends of our biscotti get pulverized and pressed into a mold to make a crust, or they get folded into a ganache to add texture,” Guini says. “One of our baby desserts involved a marshmallow that was piped on top of a sucre (sugar) cookie which had been simply rolled and cast with a cookie cutter.”

Other times, Guini places mini desserts on a sheet pan and portions them into squares, rather than triangles, to yield less waste. She’s done this with financiers (small almond cakes), which she casts on sheet pans and builds off instead of baking in molds, as well as with layered mousse cakes, pate de fruit (fruit paste) and cheesecake.

We work with what we have, and in turn, it forces us to be creative and to think outside the box,” she says.

Beyond ingredient and structural performance, bakers need to ensure their minis pack enough flavor and texture.

“The challenge is to maximize the impact of the flavors so they satisfy within a few bites,” Laiskonis says.

No matter how unique your ingredients and flavors are, though, the final creation should be simple. “In terms of flavors, desserts that are overly complex don’t do as well in the mini format, as it’s easy for flavors to get lost or to overwhelm the customer,” Rails says. “Beyond that, we have yet to see a particular flavor or texture not work well when scaled down.”

While these desserts are by their very description “mini,” they shouldn’t have lower profit margins than their larger counterparts. In fact, if bakeries use more expensive ingredients and extra labor to bring these creations to life, they should price them out carefully to ensure they’re profitable.

Explaining the premium ingredients and processes that go into creating minis on menus can help establish their value. Presenting them on unique plates or high-quality parchment paper in display cases can also position them as luxurious, special treats. Decorative packaging can further drive home the value of these desserts and make them portable.

Offering several flavors of similar minis can entice consumers to buy more than one, as can bundling them into price brackets. Yonke recommends letting customers pick three for $5 or five for $8, depending on the market.

While luxurious minis may be small, the sky’s the limit in terms of profit, taste and delight.