When Ipsento Coffee, a fast-casual cafe with two locations in Chicago, unveiled a new menu offering earlier this year, owner Tim Taylor decided to go small—really small: mini donuts made from freshly milled kamut (an ancient grain) and sweet potato and fried in organic coconut oil, priced at $1 each.

“Families going on walks or bike rides stop by for a wholesome, tasty snack, and there are a handful of yoga studios in the neighborhood, with people who come in after their workout to grab a donut,” he says.

Ipsento is among many restaurants seeing success with snack offerings. Busy lifestyles and changing household dynamics are reshaping the very notion of a meal today. Three sit-down meals are increasingly being replaced by frequent on-the-go snacks, as more consumers—especially millennials and members of Generation Z—are swapping meals for snacks. In a Nielsen survey of 30,000 global consumers, 52 percent said they replace breakfast with a snack, and 43 percent forgo lunch for a snack.

Most consumers eat an average four to five snacks a day outside of breakfast, lunch and dinner.

“Snacking is definitely an everyday occurrence with virtually all consumers—not only every day but multiple times a day,” says Jackie Rodriguez, senior project manager at food research firm Datassential. Even those who eat larger meals regularly snack: A survey by the firm found most consumers eat an average four to five snacks a day outside of breakfast, lunch and dinner.

For quick-service and fast-casual restaurants, offering more snack-sized menu items is a profitable way to feed consumers’ appetite for satisfying grab-and-go items. “[Consumers] are no longer just reaching for chips or pretzels but are considering a lot of other items outside of traditional salty snacks,” says Brian Darr, Datassential’s managing director.

That means all menu categories are up for grabs. “If you’re already offering a hamburger, maybe you also sell a slider or a trio of sliders,” he suggests. Not only will this satisfy demand for smaller portions, but it can also keep customers returning throughout the day. “A classic example would be Cinnabon. They introduced mini portions of their famous cinnamon rolls in 2016, positioned as an anytime treat,” Darr says. “Since then, the BonBites have gone on to be their most successful product introduction in 20 years.”

Looking to jump on the snack trend and ramp up sales? Consider these tips.

Partially in response to the snacking trend, bakery items are taking a savory turn. At Beatrix, a restaurant with three locations in Chicago, customers are as likely to reach for the chocolate olive oil cake as they are the honey butter cinnamon roll, partner Michael Giles says. In addition, the restaurant’s pastry chefs are experimenting with coffee flour and matcha powder in muffins.

“Savory baked items are a clear emerging trend,” Rodriguez says. And that doesn’t only mean inventive ingredients in traditionally sweet forms. Empanadas—pastries stuffed with meats, vegetables or fruit—are tracking as a potential snack standout: “They’re really flexible in terms of appealing to a wide range of customers,” she says. “And they’re handheld and portable, which is what consumers really look for in a snack.” 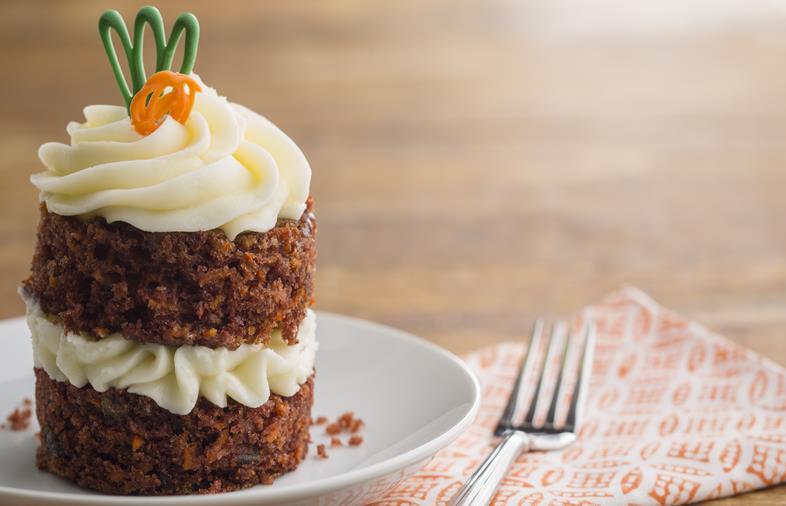 “More fast-casual operators are taking advantage of blurring dayparts by promoting different items as flexible—either part of a meal or a snack,” says Rodriguez. She points to Au Bon Pain as an example of menu flexibility in action: The national chain sells a wide variety of snack-friendly items, including traditional options like chips, “petit plates”—smaller portions of balsamic chicken or housemade granola—and bakery items like mini cookies and brownie bites.

At Kneaders Bakery & Cafe, a fast-casual chain with locations in Arizona, Colorado, Idaho, Nevada, Texas and Utah, CEO James Worthington regularly tweaks the menu based on diner preferences. Recently, that meant reducing the portions of some desserts. “We used to serve a very large slice of cake, but now we sell a petite cake in its place,” he says. “Guests are increasingly requesting serving portions that are smaller and more controllable, allowing them the flexibility to indulge without feeling overwhelmed.”

Kneaders has also added petite-sized foods to its catering menu to accommodate these preferences.

First conceived as a full-service restaurant, two of Beatrix’s locations now include a grab-and-go market and quick-service area called Bea’s Market. “Being in neighborhoods with high foot traffic means everything needs to be designed for speed,” says Giles. People come in for a quick snack while shopping or on a work break and they want to get in and out quickly, he says. Dedicated zones for grab-and-go items have helped streamline operations to satisfy these customers.

“Convenience is a big part of the snacking appeal, and operators don’t want a long line of customers waiting for an item that could be prepared as grab-and-go,” Rodriguez says.

What's Trending Spotlight: Just For Me