Millennials and Generation Z are the driving forces behind the savory pastry trend, according to Peter Napathalung, senior manager of market insights at Technomic. “Younger diners are more interested in desserts that are adventurous and unusual,” he says.

Demand for savory in the bakery world isn’t just increasing; it’s leading bakers and pastry chefs to innovate with new takes on the trend: “The past few years have been about putting a twist on a traditional dessert, but now we’re seeing more savory flavors—ginger, herbs, olive oil, red bean—trickle into the dessert category.”

To be a best-seller, a savory dessert or pastry should still be somewhat sweet, says Napathalung. “It’s not a tarragon dessert that you’re after, but a dessert that features tarragon,” he says. “Consumers want a hint of savory or a subtle spiciness, but they still want it to be sweet at its core.”

“Even if customers think they want something really adventurous, they’re most likely to buy the thing that’s a little herbaceous, a little salty, a little savory.”
—Eli Kulp, chef-owner, High Street on Market in Philadelphia

However, despite the savory treat’s popularity, Chef-owner Eli Kulp found it hard to sell. “We’d look at the pastry case at the end of each day, and we’d have almost all of the Red Eye Danishes left,” he says. “Even though it was so heralded when it came out, as a businessperson, I had to ask myself, ‘Why are we doing this?’”

After crunching the numbers, Kulp realized the super-savory pastry wasn’t making any money, and he pulled it from the menu. But he didn’t abandon the savory side completely. Instead, he shifted the focus onto sweet while incorporating savory elements. Today, the bakery’s top sellers include a pain au chocolat made with salted milk chocolate, smoky pepper chocolate mousse and a blueberry crumb bar that features fennel seeds.

“Even if customers think they want something really adventurous, they’re most likely to buy the thing that’s a little herbaceous, a little salty, a little savory,” Kulp says. 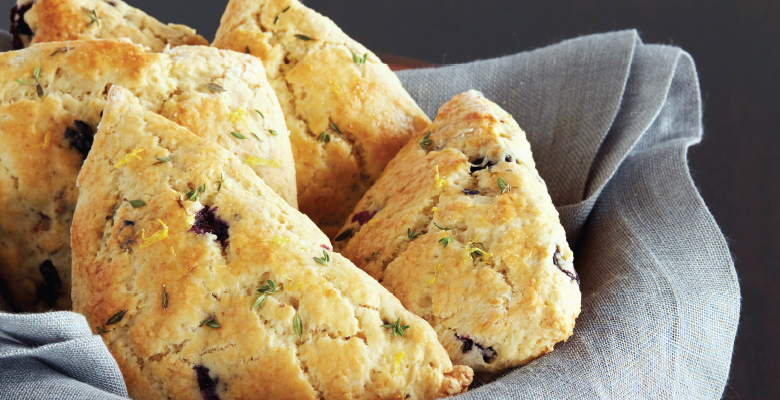 Buying in bulk is a no-brainer for bakery staples like butter, fruit and cake mixes. But truffle salt or Sriracha sauce? Maybe not.

Paying more per ounce makes more sense financially than risking food waste on a specialty product that’s used sparsely, says Naomi Gallego, the corporate pastry chef for Neighborhood Restaurant Group who oversees the two Buzz Bakeshop locations in Virginia. Storing fewer items and keeping them in an easy-to-access spot is also more cost-effective; staff are more likely to get through ingredients like fennel seed or cayenne pepper before they go stale.

Bakers testing new savory creations should start with small batches and closely monitor sales. If the pastries are a hit, the bakery can gradually increase quantities.

Another way to curb waste is to maximize ingredients across the menu. This is an especially wise move for bakeries that offer sandwiches and hot meals. Gallego is a big fan of crossover utilization: “We’re using the same product and keeping our inventory smaller,” she says. “If the kitchen’s using black quinoa in a dish, I’ll think about how I can use it on the bakery side. I love black quinoa in granola or using it to garnish a dessert.”

While some viral desserts amount to just fleeting fads, it’s important to track greater industry trends, such as popular ethnic cuisines or ingredients consumers are chasing for either flavor or health reasons. For example, to truly delight diners with something new, David Kowalsky, senior research analyst at Technomic, suggests thinking about plants rather than salty meats like bacon. “Ginger is certainly trending, and you see other flavors popular in Asian cuisine moving into the dessert space as well: curry, matcha, pumpkin, red bean,” he says.

Study up on these trending flavors, and monitor what both national chains and local competitors are doing. While not all bakeries have access to harder-to-find exotic ingredients, working with more common ones, like ginger or curry powder, can be a strong first step.