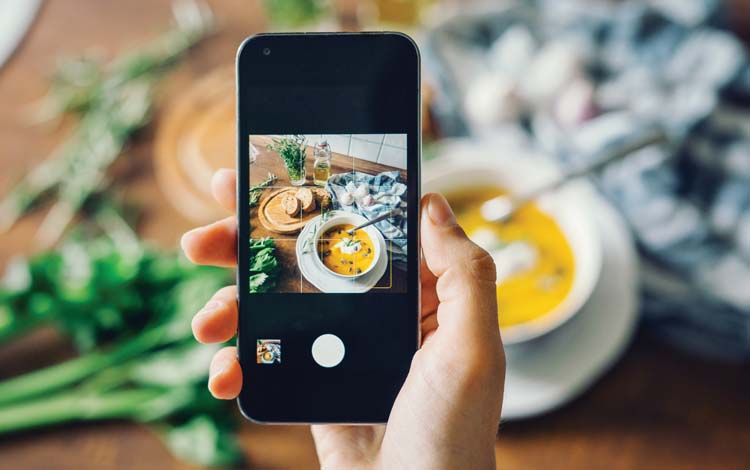 Some eateries are using mobile and in-restaurant tech to make dining more convenient.

“Generations Y (millennials) and Z are glued to their phones,” Riggs says. “There are operators who are trying to make it more of an experience with tablets, kiosks, apps you can use to pay ahead of time.”

For restaurants with a loyalty program, making registration simple is key. More than half of consumers 18 to 50 want restaurant loyalty programs to be offered through a mobile app, according to a 2017 Oracle report—millennials more so than any other age group.

“Millennials are very brand-conscious and want to be rewarded for that loyalty,” Riggs says. “But a program has to be easy to use to be worth their while.”

Curry Up Now displays its dishes in a creative way whenever possible. “I find it boring when you go to a restaurant and see everything in one color, which is usually white,” Kapoor says. “We use a lot of stainless steel. We serve some things in newspaper print cones,” Kapoor says. The chain’s Naughty Naan—naan flatbread with cheese, caramelized onions, jalapenos and a choice of meat or vegetarian protein, depending on the location—is served on a bread board with a knife so that it’s easy to cut and share.

“People eat with their eyes; if you don't like the way something looks, you’re probably not going to like the taste,” he says. “We do a lot of microgreens and garnish; that’s not normal in a fast-casual restaurant. We want guests to feel special while giving them an authentic, yet different Indian meal. You’re eating food that’s plated like a high-end restaurant, but most things are $10—that’s the experience we want to give guests.”

Menu items’ appearance, along with the restaurant’s atmosphere, can make customers feel they’re getting more value than they may have expected, and indicate that instead of just having dinner, they’re participating in something unique.