Profitability for bakery manufacturers has always been subject to cost factors out of their control. And though these businesses may not be able to control consumer demand or the wheat crop’s market volatility, improving production processes and reducing expenses can help offset some of those risks, according to Jim Kline, president of baking consultancy The EnSol Group.

Use a Just-in-Time Inventory Approach to Baking

Rather than projecting how much manufacturers may need for a general time frame, a just-in-time production process means these businesses purchase ingredients in the quantities they know they’ll need in the immediate future, based on orders they’ve already received from customers. This can help bakeries control inventory costs and the availability of ingredients and supplies.

"I’ve seen bakers maintain a low level of inventory—as low as a 24- to 48-hour inventory level," Kline says. "In doing so, they consider transport time to ensure there’s never a time when they’ll run out."

Manufacturers should establish solid communications and administrative systems with their suppliers and distributors to streamline order placing and deliveries.

When wholesale bakery Duluth’s Best Bread opened a retail component several months after its 2015 launch, the owners of the Duluth, Minnesota, bakery initially tried to match production to demand as closely as possible.

Then another bakery suggested the owners—brothers Robert and Michael Lillegard—view leftover product as an incentive to make more sales. Robert says that inspired them to view excess items as less of a loss—particularly because they’re priced upfront to provide revenue.

"We could throw away four croissants for every extra one we sell," he says. "Overbaking is technically less efficient, but it’s actually more profitable."

This approach means baking with a focus on extended shelf life can be particularly helpful. Producing baked goods that maintain quality over time means any leftover products may still be usable for other purposes, such as offering customers samples to boost product awareness and encourage additional sales.

Because bakeries’ energy use is typically significant, some manufacturers focus on incorporating sustainable elements and initiatives into their operations.

"We’re seeing a lot of smaller bakers looking to expand their process, doing growth smartly, ensuring they’re reducing their carbon footprint as much as they can," Kline says. "You see a lot of interest in solar panels and minimizing use of water and steam."

Implementing indirect changes, such as improving operational efficiency so the company is able to manufacture in less time, reduces energy use, according to Kline.

"If you can improve efficiency, and instead of working a 12-hour day, bring it to eight hours, you’ve saved four hours of utility costs," he says. "That is not inconsequential." 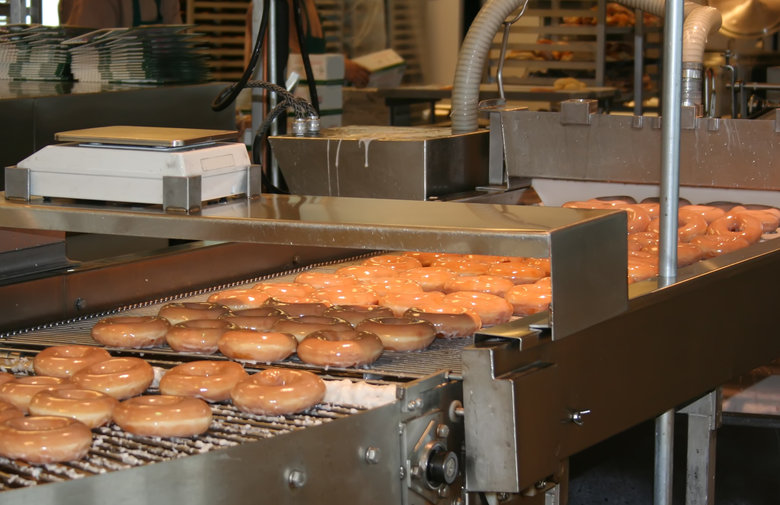 "By putting all the recipes in the computer and calculating how many batches you’re running, you should have the yield of whatever you’re making," O’Donnell says. "Then you take inventory to determine the actual usage."

To decrease ingredient and product waste, some manufacturers implement tech tools on equipment that correct issues when they occur in real time. For example, software can automatically reduce the oven temperature if a product starts coming out slightly darker than intended.

"If there’s a deviation from your standard, the earlier you adjust your process, the lower your production cost," O’Donnell says. "You’ll get a more consistent product, plant to plant and shift to shift."

To determine whether this type of investment is worthwhile, O’Donnell recommends estimating the cost savings the manufacturer could anticipate over the course of one year, based on the units it will be able to produce running at a certain speed for days or weeks.

"If you expect to save $100,000 a year for the next 10 years, and the technology costs $1 million, the answer would probably be no" he says. "Most companies are looking for an under-three-year payback; so in this case you’d want the cost of the technology and installation to be less than $300,000."

By exploring opportunities to modify processes and make the most of existing products, bakery manufacturers can cut production expenses and maximize efficiency.