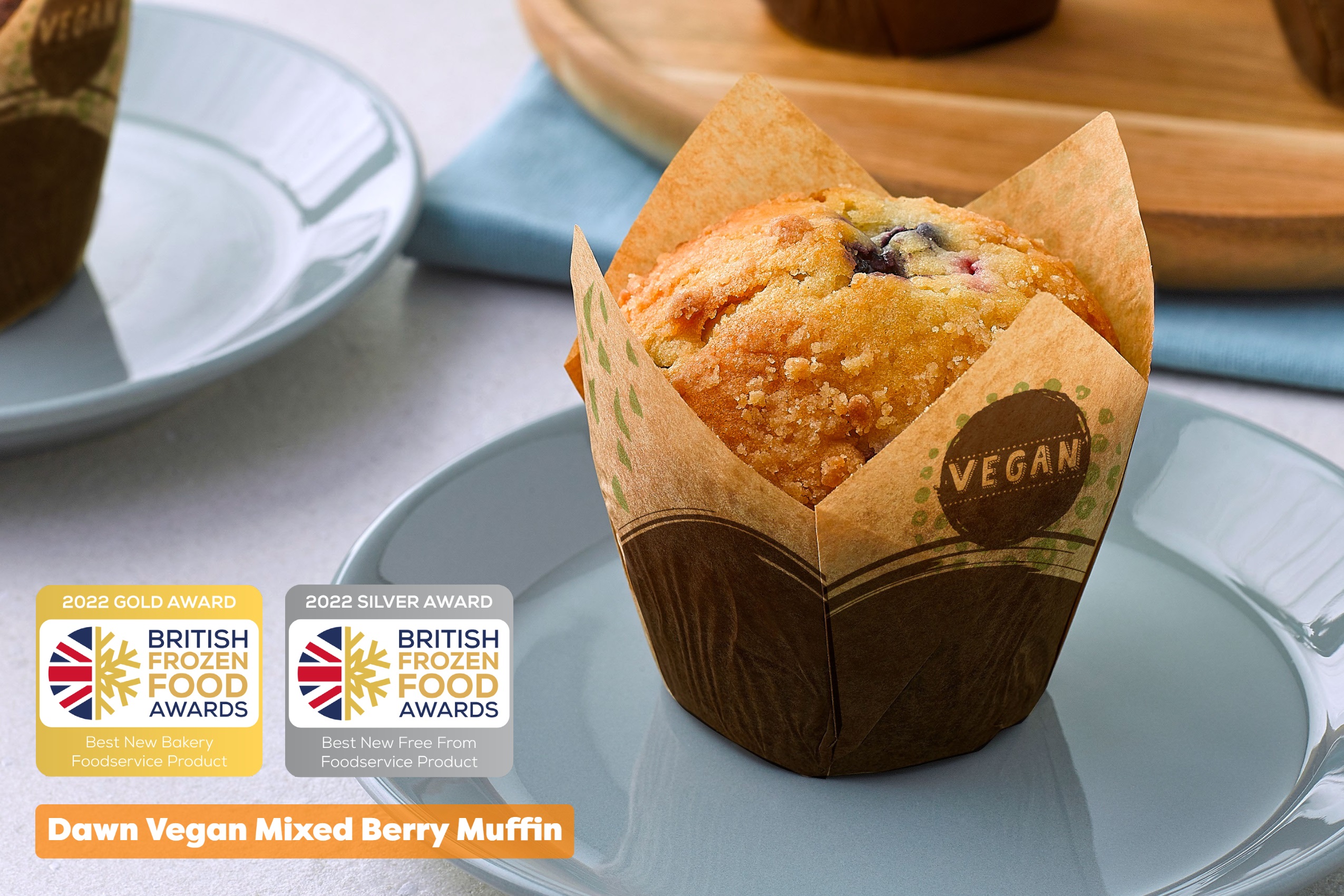 Dawn has secured a cluster of awards for its vegan finished frozen muffins at the prestigious annual British Frozen Food Federation (BFFF) awards held at The Brewery in London on June 16th 2022.

Made to an authentic American muffin recipe to give a moist open texture, Dawn’s finished frozen vegan muffins come in Double Chocolate, Lemon Poppyseed and Mixed Berry. Each has a delicious filling for a satisfying eat and topped for added crunch.

“We were thrilled to have won so many awards for our delicious vegan frozen muffins. All products in Dawn’s vegan range have been developed to taste as good as their regular counterparts meaning that foodservice operators can tap into the ever-expanding vegan market, targeting vegan, non vegan and flexitarian customers alike.”