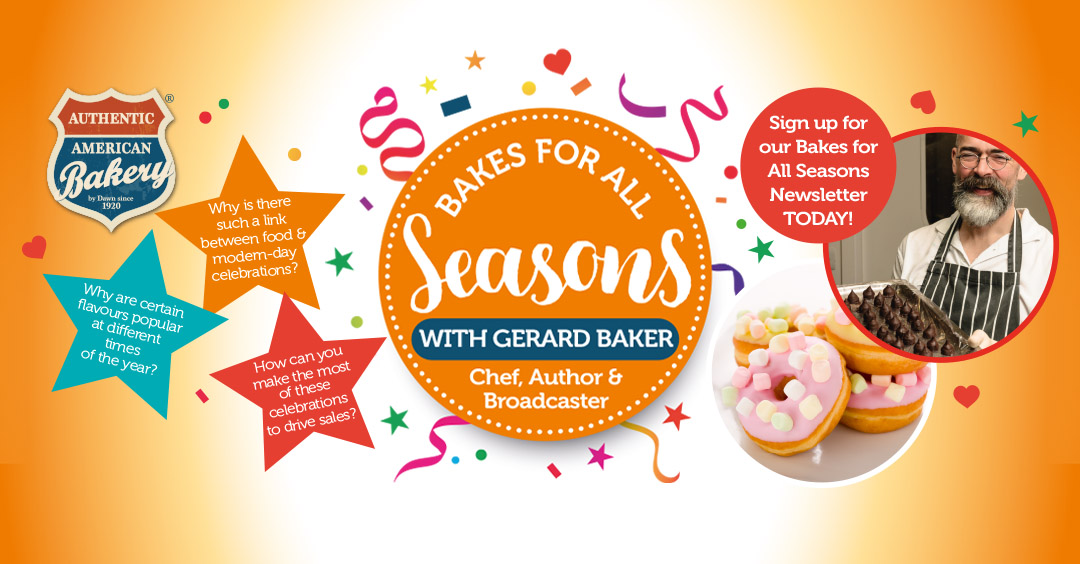 Bakes for All Seasons

Have you ever wondered ... 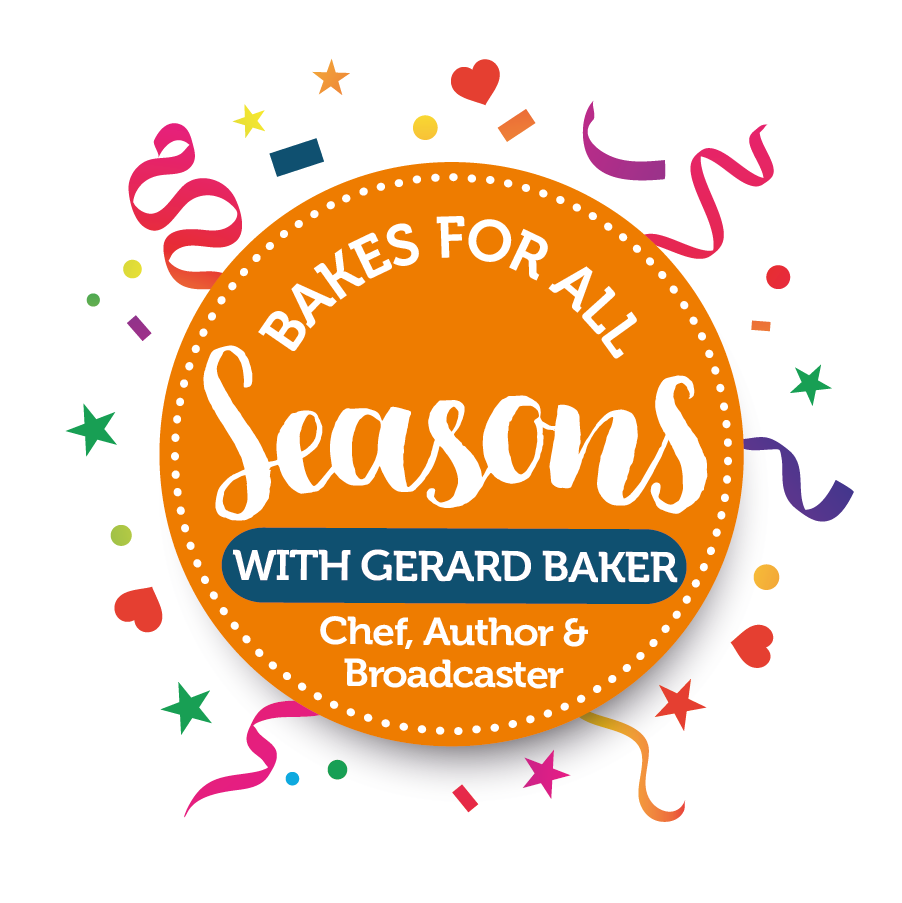 What the link between food & modern-day celebrations is?

Why consumers choose to celebrate with baked products?

Why certain flavours are popular at different times of the year? 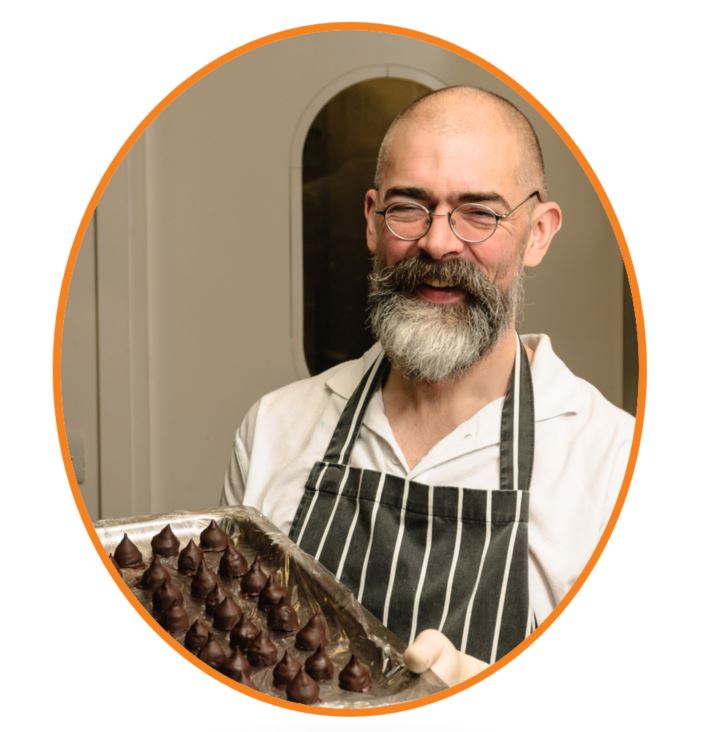 Halloween has strong food connections, being in part a harvest festival and a major pagan and Christian celebration. Dominant food elements are apples, nuts, cakes made especially for this day and an abstinence from meat.

The modern celebration of Halloween draws almost all of its most significant elements from historical celebrations that date from at least as early as 835AD. 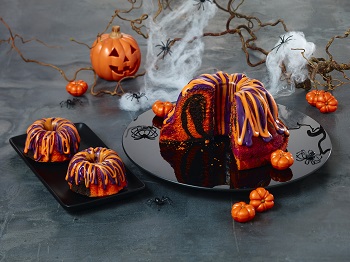 Widely seen as the cusp between Summer and Winter, Halloween is celebrated in similar ways both in Europe, North America and indeed many Catholic countries in particular.

Halloween is one of several annual festivals where the boundary between light and dark, and this world and the next was thin - a so-called liminal time.

The name Halloween derives from the Old English words Halig meaning saint, and tide, meaning time or season, and is the evening prior to the three day festival of Hallowtide, where saints, martyrs and the faithful dead would be remembered.

It has many similarities to the Celtic festivals of Samhain, which was celebrated as a harvest festival in part, being mid-way between the autumnal equinox and mid winter.

The role of food in Halloween celebrations:

Halloween is a lively celebration of life, involving games, communal events, the making of lanterns and lighting candles in homes and of course trick or treating, which has its own historic role in the festival.

Common, even today in some parts of northern England, is the Harcake or Soul cake that would be made especially for the occasion. Flavoured with allspice, nutmeg, cinnamon and ginger and sweetened with currants and raisins, the cakes are small, with a simple cross, carved into the surface. Served historically with wine, they are made for the poor - and would be begged for by children from house to house - a process known as souling that would be carried out at the same time as guising.

'Guised' or disguised children, wearing costumes designed both to hide their identity and to scare are also traditional (as is the hobby horse) - a feature of the festival that has grown into the horror costume and trick or treating. 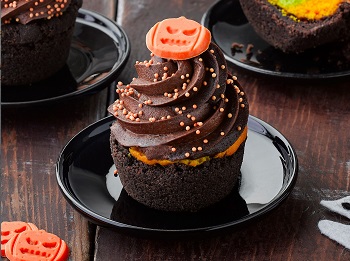 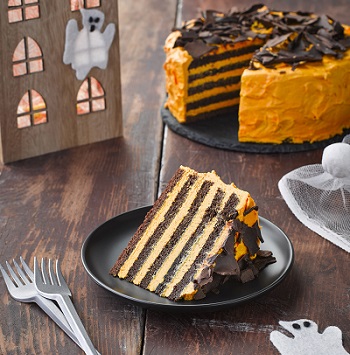 In the north of England, as late as 1990, the night before Halloween was known as mischief night, where teens would take to the streets to cause chaos, throwing eggs and flour - presumably offering some of the mischief that would come the following night if treats were not forthcoming.

Communal gatherings in Ireland, Scotland and Wales often included vegetarian food such as potato pancakes, colcannon, nuts and apples. Apple bobbing, which we might do for fun today, historically had a deeper meaning: the apple turns up as a representation of immortality and the act of bobbing for it with your hands behind your back represents the act of trying to seize the magic from under the water.

Water was also used in a form of dream interpretation. Moulton Lead, or egg white would be poured into the water and the images so produced could possibly show the face of the person you would marry.

Apple peel would also play a role in romantic imagery - once removed in a whole piece, the parings would be thrown over the shoulder and the shape that it formed falling onto the ground, would indicate the intial of your future lover's first name.

In Scotland, salted oatmeal bannocks would be eaten in three bites with no liquid, after which a future lover would appear offering water in a dream.

There are many folk songs associated with Halloween, the chorus of one of the more famous being:

The modern celebration in the USA did not develop until the late 18th and early 19th Centuries, when large-scale emigration from Scotland and Ireland brought the festival to large parts of the North American continent. Prior to this, southern colonists and the Maryland Catholic community had celebrated it, but it was frowned on by the Protestant settlers elsewhere.

The pumpkin lantern is a relatively recent convention, with origins in the turnip (swede) lanterns of Celtic Europe. The carving tradition sailed to America with early setters who found the native pumpkin mush easier to carve. Even today, the turnip/swede is still used for lanterns in northern England.

The light within is designed to represent the soul trapped in purgatory. In the house, candles would traditionally be lit an hour before midnight to call relatives that had recently passed to move into the next world.