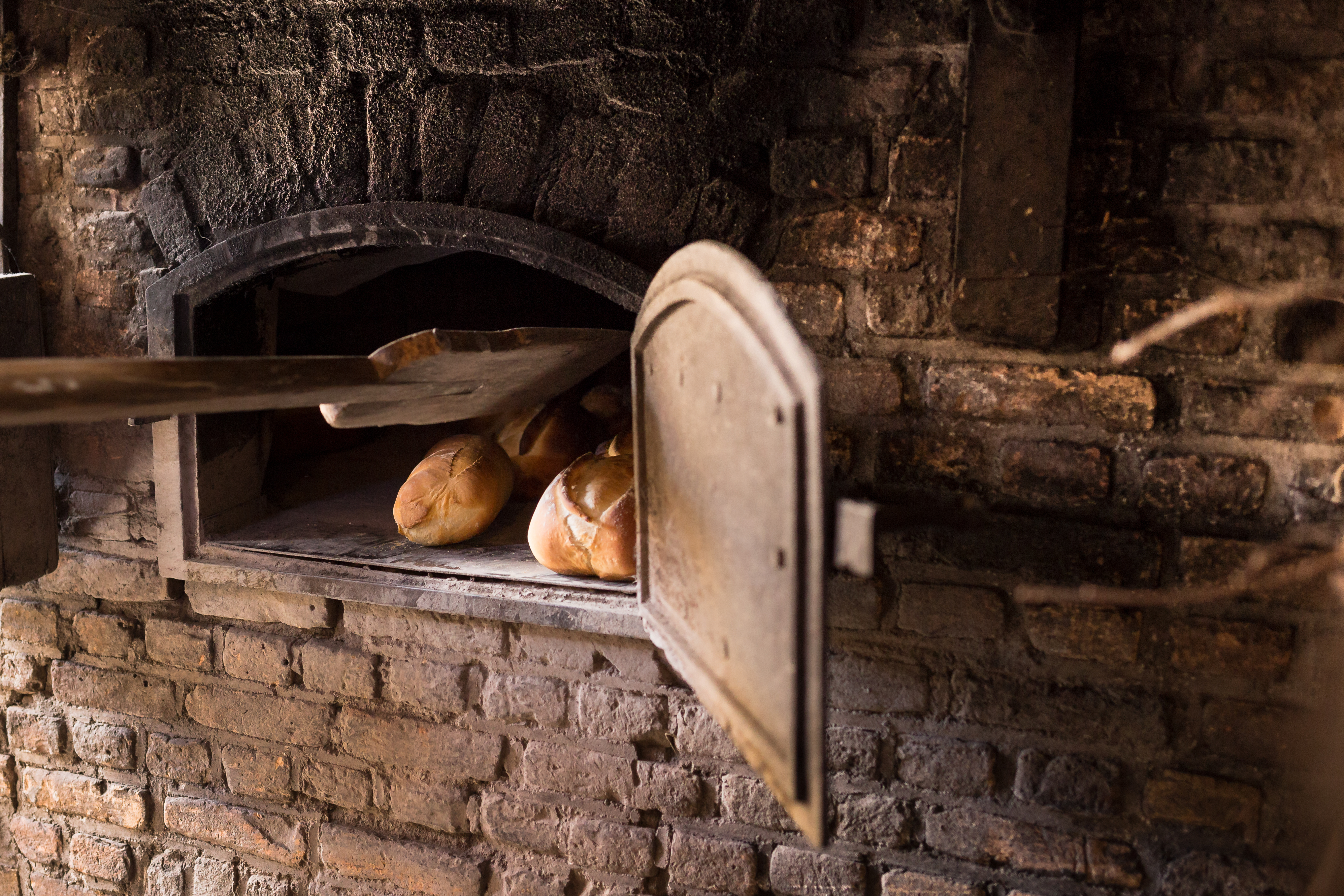 LIFE THROUGH THE BAKER'S WINDOW 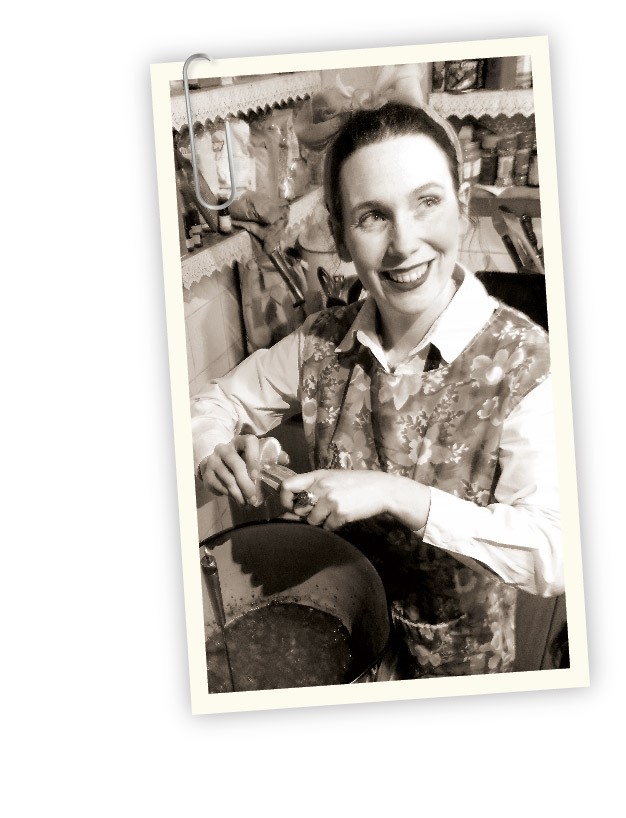 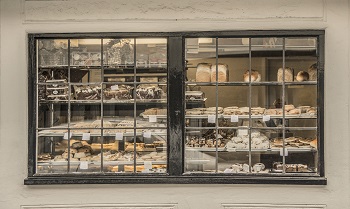 When we think of a bakery window display today, it is natural to think of sponge cakes, pastry filled tarts and all sorts of muffins, doughnuts and expertly baked treats.

It’s worth bearing in mind that these kinds of bakes only became possible and widely available after three significant mid-19th century developments: the replacement of grind stones in flour mills with metal or porcelain rollers (enabling white flour to be made more cheaply and quickly); the invention of baking powder; and the increasing availability of sugar.

All these developments became well established by the 1870's and were serving benefit to the ordinary consumer, who could now enjoy lighter cakes made with refined white flour, sugar and icing sugar.

The increasing availability and falling price of sugar and finer grades of flour aided the commercial baker to expand his range of baked goods at more attractive prices allowing baked goods to be available to a wider sector of the population and for bakery businesses to grow.

By the 1920's the average British family had adopted a tradition of eating refined baked goods and commercial bakehouses and bakeries were an ever-important asset to every village and town in Britain.

During this period many towns had several bakehouses as well as a bakery. The term bakehouse traditionally refers to a building used to exclusively bake bread, and this ancient practice had led to archaeological remains of such buildings being discovered from the period of Roman occupation.

In the 1920's many bakehouses in rural communities still allowed you to take in your own sack of flour to be used for the production of your bread order, whereas bakeries were generally larger establishments that boasted both production and retail areas as well as creating and selling a wider range of baked goods.  It's perhaps not surprising that there are so many accounts of village bakers and bakeries in social history accounts, as they were in many ways a huge part of the community. 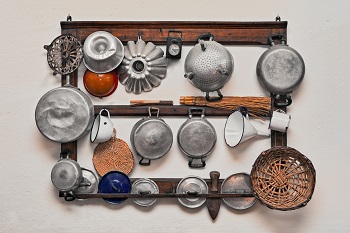 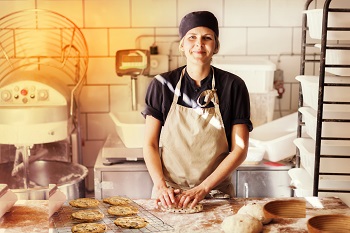 The 1920's was an age of baking innovation. Both for the commercial baker and the home baker.

Though gas ovens were patented as early as 1820, it was not until the laying of plentiful gas lines in the 1920s that ovens with top burners, as well as interior ovens, were becoming common place in ordinary homes. Similarly, electric ovens, though invented in the last two decades of the 19th century, did not soar in popularity until necessary improvements in electricity distribution occurred in late 1920s and 1930s.

The combination of improved supply and affordability of luxury ingredients and more reliable, controlled ovens meant that baking was now enjoying more creativity than previous generations of bakers could have ever dreamed.  This trend of innovation continued for the next hundred years as ingredients, flavours and baking equipment widened.

It was in the 1920's that the National Confectionary Industry started to place advertisements in press, encouraging women to take up home baking as a source of extra income. This home-working opportunity was a possibility due to the lower ingredient costs and better oven facilities, but also shows how popular baked goods were and how strong consumer demand was.

The relevance of travel over the past hundred years of baking history must not be overlooked.

Both those who travelled around Britain and those who migrated to Britain from other countries, are responsible for spreading regional baking traditions and baking methods.

The different regions of Britain have historically produced baking that captures the character of that part of the country and showcases the produce of the region. When looking at regional baking recipes a lot can be deduced about the climate, industry and local produce grown.

For example, traditional baking from the Midlands tended to be hearty and filling in order to satisfy the appetites of those working in the manual industries based there. The specialities included, Birmingham Bacon cakes, Melton Mowbray pork pies, crusty cobs, gingerbread, Bramley apple pies, Staffordshire oatcakes, plum bread, and Bakewell tarts.

Whilst, in Wales dripping cakes, Welsh griddle cakes, Bara Brith and crempog would have been amongst the bakers favourites.  Indeed, every region has its own special recipes and these recipes have spread throughout the land through increased and quickened travel in the past hundred years.

The Irish, who settled in other parts of Britain, took with them barmbrack, German immigrants who settled in East London and worked as ‘sugar bakers’ brought strudels to the British table. More exotic recipes from far flung lands were set to light up British bakeries in the next hundred years as baking was set to become a national obsession.

Even during periods of economic uncertainty, such as the depression migrating to Britain in the 1930's, baking innovation was still evident; with banana cake appearing for the first time and many innovations in economical baking fats coming to the forefront. 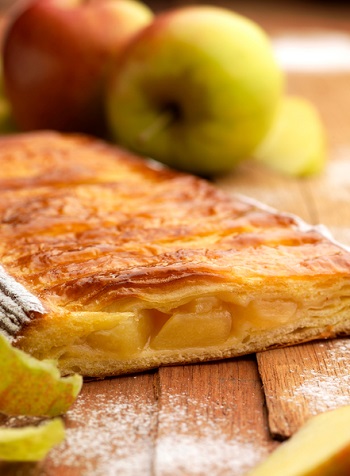 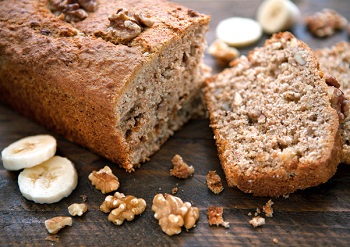 When we consume the pleasurable combination of fats, sugars and flour in a cake or pastry we are not just indulging our stomachs but are partaking in a great British tradition that can connect us with our family, regional heritage and a wider social history.

Looking at baking from the 1920's onwards is a fascinating rollercoaster of changing tastes, consumer habits and baking innovation.