Efficient, cost-effective production is the ultimate goal for baked goods manufacturers, but equipment delays, scheduling problems and other common issues often become barriers to peak productivity. And sometimes, these issues can become so routine that bakery manufacturers may not even realise they aren’t operating at their maximum potential, according to Rowdy Brixey, owner of food production consultancy Brixey Engineering Strategies and Training.

“When you show people the numbers on how much time they’re losing to waste and downtime, it really opens their eyes,” Brixey says. In extreme cases, bakery manufacturers gain back 30 percent lost capacity just through efficiency improvements, he says.

While large-scale changes, like replacing or adding new equipment, can improve output, a number of relatively small adjustments can substantially upgrade existing processes and increase throughput. Here are a few techniques.

Frequent machinery and personnel changeovers can significantly impede the production process, according to Brixey.

“Those one- to two-minute stops probably aren’t really worth chasing after,” he says. “But if it’s happening 30 times a day, it becomes one of the top five issues.”

To solve this, Troubadour Bakery, the sister brand of Milwaukee-based roaster Colectivo Coffee, which supplies its family of cafes as well as wholesale customers, strategically staggers employee schedules, according to Scott Schwebel, Colectivo’s vice president of brand, marketing and retail.

“We essentially run a 24-hour shift,” Schwebel says. “Bread production starts early in the day, and the commissary crew comes in midmorning; then the bakers and packers come in at the tail end of the schedule.”

Manufacturers can also avoid slowing or shutting production down by handling machinery upkeep during off hours—and proactively accounting for necessary changes to the production cycle.

The Byrd Cookie Co., for instance, typically conducts equipment checks when its Savannah, Georgia, production facility is closed from about midnight to 4 a.m., according to president Geoff Repella.

“We do regular checks as part of our maintenance schedule,” Repella says. “If we’re going to do something that usually takes longer than that, we may close at 8 p.m. and open at 8 a.m. the next morning.” 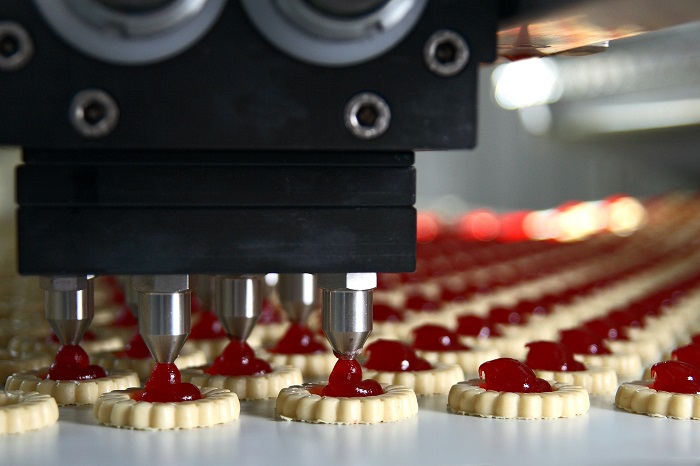 Adding sensors to equipment lets bakeries measure vibration, heat and load voltage, as well as more ambient conditions like humidity and the temperature outside. Manufacturers can then analyse the gathered information to identify when breakdowns or other issues tend to occur and connect them to specific conditions. Ultimately, this helps manufacturers anticipate when they’ll need to prepare for maintenance and have replacement parts ready.

“People can then check to see if parts are in stock,” Brixey says. “They can communicate if they’re meeting their run rate at the machine level, how many pounds they’re producing per hour—it gives real-time feedback, instead of waiting until next week to talk about how last week went.”

Plan Ahead to Have the Necessary Bakery Ingredients on Hand

Rather than halting production when the bakery runs out of a key ingredient or potentially wasting money on unused perishables, consider a just-in-time production cycle. This system involves purchasing the specific amounts of ingredients the bakery will need in the immediate future, based on orders customers have already placed.

Despite fairly short 10- to 20-day lead times, Byrd tries to use just-in-time ordering whenever possible, according to Repella. While manufacturers can forecast to some extent based on history, there are always unknowns—and space is always at a premium.

“We try not to have a truckload of butter on hand if we don’t think we can use it in a couple of days,” Repella says. 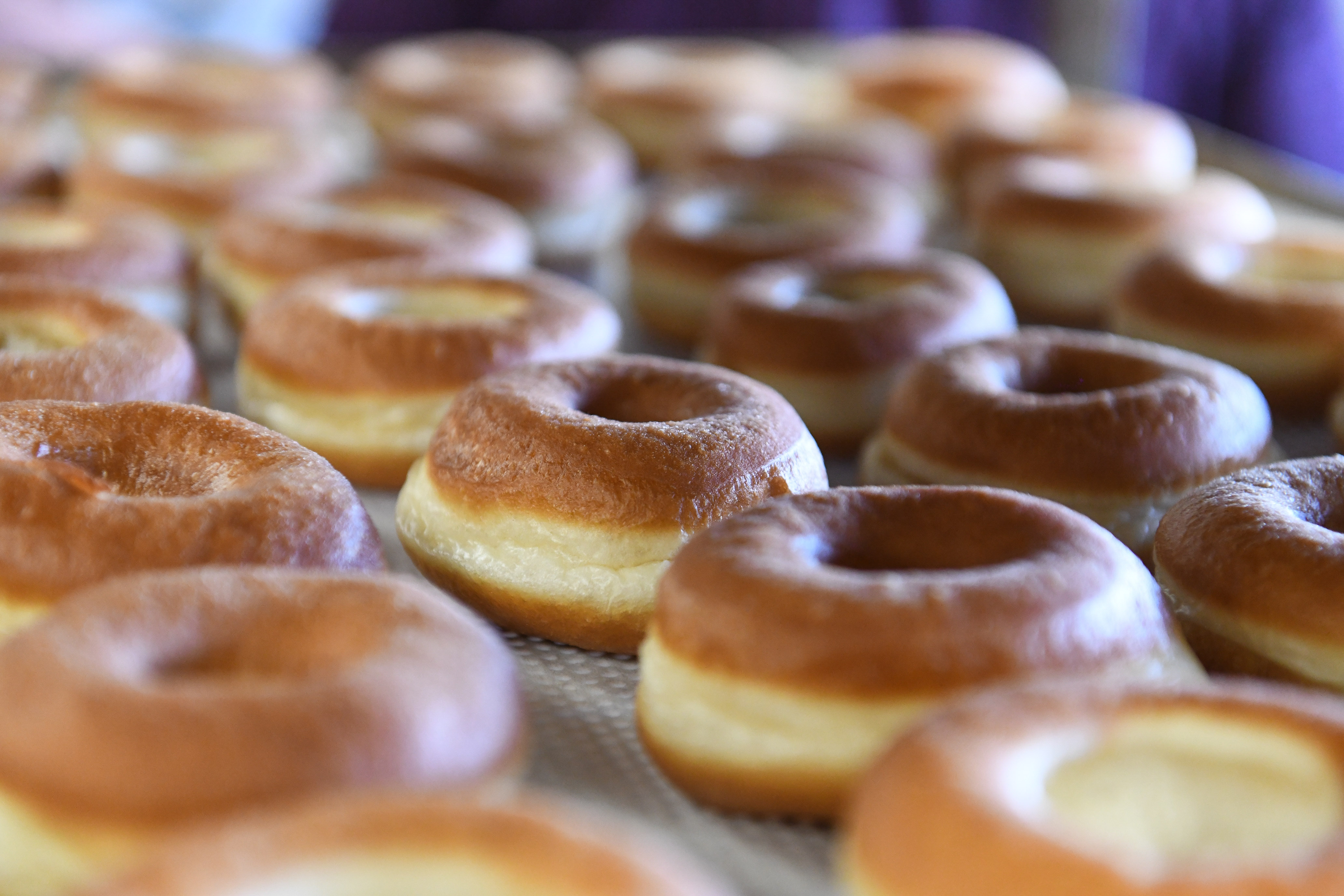 When Byrd implemented a new oven line in July, the company sought to augment output by completely restructuring the facility to maximise its 20-foot ceilings.

“We were basically limited by walls, so we had to do some really innovative things with taking advantage of the height we had,” Repella says. “We were able to elevate the baggers, so the cookies go up on an incline to the top; bags are conveyered to another room to get packed.”

The changes allowed the company to up production from just under 200 million cookies a year to 1.9 billion for a number of large-scale commercial customers.

Troubadour, for its part, designed its current location to feature a horseshoe-shaped production space with areas dedicated to preparation, finishing and other tasks.

Bread, for example, is baked on one side of the horseshoe and cooled, sliced and packaged on the other side.

Over its 20-year history, the company has regularly evaluated its production process, Schwebel says, and it continues to learn which approaches work best.

“The reality of owning a bakery is you can’t just press play and have it do its own thing; there are so many variables,” Schwebel says. “We have been really diligent about flow and process; we work hard to do our best work every day.”

With a strategic approach to timing equipment maintenance, ordering ingredients and designing the baking facility, manufacturers can maximise efficiencies and improve throughput. 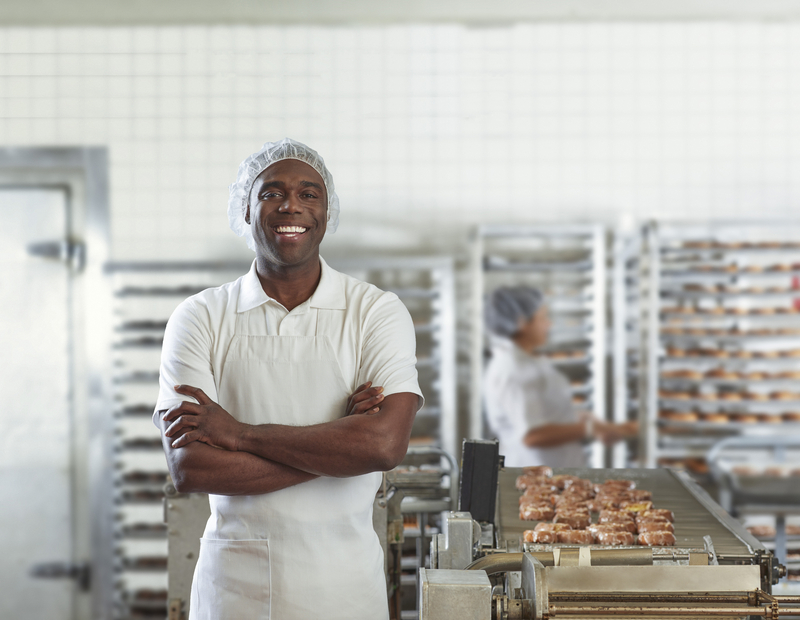 Getting More Done Starts at Dawn

How to Adapt and Excel in the New Normal